Difference between Archaeologist and Historian

Key Difference: An archaeologist deals with the field work that might consist of digging and restoring artifacts, or human-made objects, from ancient ruins. A historian is a person who deals with the past, i.e., history. They use sources of evidence to find out about the past. 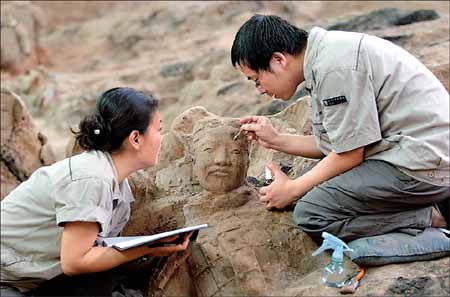 The archaeology of an historic site is meaningless without history; and the history of such a site is impoverished without archaeology. Thus, archaeologist and historian, both have a common interest to comprehend human diversity.

An archaeologist deals with the field work that might consist of digging and restoring artifacts, or human-made objects, from ancient ruins. They analyze skeletal remains and artifacts, such as tools, pottery, cave paintings, and ruins of buildings. It is considered to be a subfield of anthropology. The term is derived from the Greek word archaiologia, where archaio means ‘ancient’ and logos means ‘science' and ‘study’. The science is archaeology, from which they deal with the study of ancient times. It provides an insight of the ancient times by analyzing the remained materials belonging to that time. It aims to preserve the history for present and future learning. Pre-history is known by the artifacts of the pre-historic people, which they left behind. The best example is Harappa, which is an archaeological site in Punjab, India. 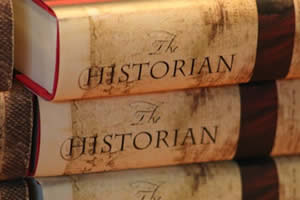 A historian uses sources of evidence to find out about the past. There are two types of sources: Primary source and Secondary source. Primary sources are sources of evidence that come from the time we are studying, i.e., they give us the first-hand information. Whereas, secondary sources are sources that came into existence after studying, i.e., they give us second-hand information. There are different types of sources that are hand written, printed, visual, oral, interviews and recordings. In simple terms, historians mainly deal with the study of history. They also do the research of past events of the human race.

Sources are dated by archaeologists and historians. The common dates which are used splits history into two sections: BC and AD. Where, BC stands for Before Christ or Before the Christian Era and AD stands for Anno Domini.

Comparison between Archaeologist and Historian: