Difference between Astronomy and Astrology

Key Difference: Astronomy is considered as a natural science that deals with the physics, chemistry, and evolution of the celestial bodies. Astrology is a group of belief systems that suggest that there is a relation between the position of the planets and the events that take place on Earth.

Astronomy and astrology may often seem like the same thing to many people because of the similarity in their names and that both are heavily associated with stars and planets. However, both of these terms differ from each other in various ways. Astronomy is the study of celestial bodies and the physics, chemistry and the evolution of these bodies. Astrology is the belief that the position of celestial bodies has an effect on a human’s present and future. Astrology has become synonymous with the terms Horoscope, where people make decisions referring to the position of the sun in comparison to the other celestial planets and how it will affect that individual. While astronomy is considered as a science, astrology is a pseudoscience. 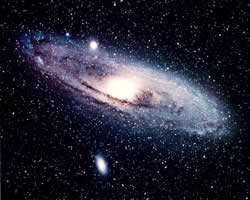 Both astronomy and astrology have similar origins and have been derived from the same Latin discipline ‘astrologia’. Both were considered to be the same and were separated into two different studies during the 17th century in the ‘Age of Reason.” The civilization that is famed for astrology is ancient Babylonia, where the job of astrologer and astronomer were performed by the same person. The person would first map the different constellations, planets, stars, etc. and determine their relative position to other planets and stars. The same person would then interpret the position and then determine what this foretold for the future. When these theories were presented in Greece during the 3rd century BC, the words were then divided into two separate words, ‘astrologia’ and ‘astronomia’. Though these were often used interchangeably, the concepts behind the two words were different. Plato believed that the word ‘astronomia’ should be associated with his geocentric model of the universe. However, for the general public, these words were not effectively separated until later.

Astronomy is considered as a natural science that deals with the physics, chemistry, and evolution of the celestial bodies. It also deals with all phenomena that take place outside of Earth, including supernovas, cosmic radiation, starts dying, etc. Astronomy is considered as one of the oldest science that is in existence and has been dated back to the Babylonian times. It has also been an active part of other civilizations such as Chinese, Indians, Iranians, and Mayans. Historically, astronomy was associated with astrometry, celestial navigation, observational astronomy, and the making of calendars; it is now considered synonymous with astrophysics. The invention of the telescope has been credited with developing the modern astronomy.

The terms ‘astronomy’ and ‘astrophysics’ are considered to be synonymous in today’s day and age. Merriam Webster defines ‘astronomy’ as, “the study of objects and matter outside the Earth's atmosphere and of their physical and chemical properties”, while ‘astrophysics’ is dealing with, “the behavior, physical properties, and dynamic processes of celestial objects and phenomena.” During the 20th century, astrology has been divided into observational and theoretical branches, where the observational focus on acquiring data from observation of the celestial bodies and theoretical focuses on developing computer or analytical models to describe astronomical objects and phenomena.

Also see: Difference between a galaxy and the solar system

Stellar astronomy: This field deals with the study of all aspects of starts including birth, evolution, and death.

Galactic astronomy: This field deals with the study of a galaxy as a whole including gas, dust, stars and other objects that are part of a galaxy.

Extragalactic astronomy: This field deals with the study of objects that are outside of the galaxies including formation and evolution of Galaxies; their morphology and classification; and the examination of active galaxies.

Cosmology: This field deals with the study of the whole universe as a whole. 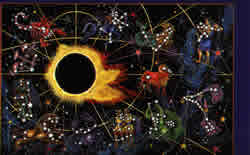 Astrology is a group of belief systems that suggest that there is a relation between the position of the planets and the events that take place on Earth. This field is used to chart the position of the sun and the planets and how they affect the lives of humans. It is also used to predict events that may take place in human lives. Astrology is often considered as being synonymous with horoscopes; however many people claim that it is must deeper than that. Astrology believes that the position of the sun, moon and other planetary objects during the time of the birth of a person plays a huge role in events that the person will face. Astrology is considered as a pseudoscience, which is a claim or belief which is presented in a scientific manner but lacks supporting evidence and cannot be reliably tested.

Astrology plays a huge part in cultures such as Indians, Chinese, and Mayans, who even developed an elaborate system to plan and chart the planetary positions and use them to predict events from celestial observations. Astronomy has been dated back to the Indo-European in the 3rd millennium BC, where calendrical systems were used to predict seasonal shifts and interpret celestial cycles. Astrology faced a downfall in popularity when new concepts in astronomy arose (i.e. heliocentrism). This called into question the academic and theoretical value of astrology. However, it has since risen the ranks in popularity again, with the number of astrologers around. Though the relationship between astrology and the events that happen to people have never been proven scientifically, many avid followers of astrology swear by the predictions that are made.

Also read: Difference between the world and the Universe

The theory of astrology is based on the belief that everything in the world is interconnected including the planets and human lives. The changes that happen in the planets and their positions determine the changes that a person may face in their lives. Astrology varies depending on culture and religion. The Western astrology depends more on the division of each person into 12 signs, which states that the date the person is born can be used to predict the person’s future in general. James R. Lewis states that western astrology “uses the tropical zodiac, which is aligned to the equinoctial points.” The Indian and South Asian astrology is based on charting the date, the time, as well as the planetary position at the time of the individual’s birth, can be used to determine their future. It is believed to be similar to the astrology from the Babylonian times. Chinese and East-Asian astrology is closely related to the Chinese philosophy and also includes concepts such as yin and yang, the Five Phases, the 10 Celestial stems, the 12 Earthly Branches, and shichen (a form of time-keeping for religious purposes). Astrology is believed to differ for each individual as the time and the planetary conditions are different for each person. The horoscopes are often not taken seriously because they do not determine the future for individuals but rather for the group as a whole who are born during that particular sun sign. Many people are still avid believers and claim that events can be predicted down to the second it happens; however certain conditions can change the outcome.