Difference between Asus PadFone Infinity and HTC One

Key Difference: The Asus Padfone Infinity smartphone is a slick 5-inch full HD 1920x1080, Super IPS+ with Capacitive Multi touch panel and provides approximately 441 ppi density. The device is a bar phone, with curved corners giving it a similar look to the ‘iPhone’ and ‘HTC One’. The Asus Padfone Infinity Dock is basically the 10-inch tablet shell that allows users to dock their phone into the tablet by sliding it into a slick slot on the back. HTC One was originally launched as the brand name for a series of Android phones by the company. Now, the company is launching a new phone, estimated to be released in March 2013, with the name HTC One. 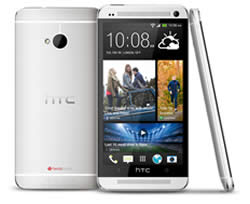 HTC One was originally launched as the brand name for a series of Android phones by the company. These included HTC One X, HTC One X+, HTC One V, etc. Now, the company is launching a new phone, estimated to be released in March 2013, with the name HTC One. The HTC One X was launched in May 2012. This often causes confusion as this phone is expected to be a successor to the One X. HTC One is expected to be superior compared to the One X in hardware design and software design. It also includes a unique camera implementation.

In terms of hardware and software, HTC One sports a 4.7 inch Super LCD3, with Full HD1080p, 468 PPI and corning gorilla glass 2. The HTC One comes with Android v4.1.2 Jelly Bean that is upgradable to v4.2.2. The case is an all-aluminum frame with an antenna built into its backing. It includes a 1.7 GHz quad-core Snapdragon 600 processor, Adreno 320 GPU and 2 GB DDR2. The phone is available with non-expandable, 32 or 64GB internal capacity. It offers a 4 megapixel 2688 x 1520 pixels primary camera with autofocus, LED flash and BSI sensor, along with a 2.1 MP, [email protected], HDR secondary camera. The main feature is the new pixilation system that is opted in the primary camera of the phone, which provides each pixel size of 2.0 µm and sensor size of 1/3'.

The information for the detailed table about the two phones has been taken from the Asus website, HTC website and GSMArena.com.