Difference between Brahmin and Pundit

Key Difference: Brahmin means the follower of Brahma – the ‘eternal & blissful consciousness which is also regarded as the highest knowledge in Hinduism’. One who has learned the four ancient Vedic scriptures in Hinduism is called a Pundit. 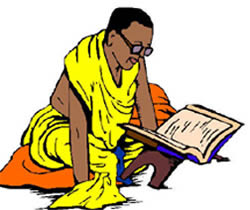 A Brahmin is the person who is categorized as Brahmin due to the hereditary factor- Brahmin race that originates from the Aryan culture of the Maurya Dynasty. A Brahmin can be a Hindu scholar and priest who has the ability to recite religious scriptures. It is not mandatory to be the knower of the scriptures to live as a Brahmin that is at least in current times.

Brahmins inherit their significance from the Aryan race of the Maurya dynasty that had its kingdom in central Asia during the period 6000 B.C.

In another era, much earlier to the Maurya dynasty, India was known as Bharat and rightly so because it was named after King Bharata.  Bharata conquered the entire central Asian continent namely: Turkmenistan, Kyrgyzstan, Pakistan, Nepal, Tibet, Bangladesh, Russia, Afghanistan, China and Iran. The entire central Asian continent was one kingdom, ruled by one king Bharata.

Hinduism is a religion majorly followed in India/Bharat and hence India is also called as Hindustan (land of the Indus River). Brahmin caste is the most supreme of all other sub-castes under Hinduism. This is so because: A Brahmin begins his education about the Hindu scriptures, rituals and Vedas since childhood. This education is delivered by a Guru (teacher) to his Shishya (Disciple) under the gurukul methodology (guru-shishya parampara).

Due to the kind of work assigned, Shudras were often regarded as people from the lowest and degraded section of the society.  However, Dr. Ambedkar a Shudra himself changed this scenario in a much later period that is during the 19th century. He did so by uplifting the Shudra caste and gave them a status at par with all other sub-castes: Brahmins, Kshatriyas and Vaishyas.

A lot has been said about the injustice done to the Shudras since past many centuries, but it was perhaps an ancestral categorization done for the purpose of administration and not to create injustice to the Shudras. The categorization was also not done to create distrust among the Hindus. Some humans misinterpret religion, castes and sub-castes for their own personal and selfish agenda. Consequently, atrocities such as riots, injustice and discrimination are prevalent in the society even today. 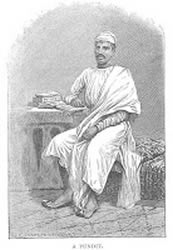 Comparatively, a Pundit is the person who is enriched with knowledge of the four Vedic scriptures: Hindu rituals, Hindu law, Hindu religion and Hindu music/Philosophy. A Brahmin chooses to become a Pundit, if he is willing to pursue only religious activities or even work as a teacher to train other Brahmins to become pundits’. Although it is considered that all Brahmins possess the knowledge of Vedic scriptures, it is not a necessary factor.

Secondly, all Brahmins can be pundits but not all pundits can necessarily be Brahmins because Brahmins are a caste, which means that you have to be born into it, to be considered a Brahmin. The Brahmin is considered as ‘the one who is the descendant of the Aryan culture’.

Writer of this article shows utter ignorance and painful Disrespect to lower than Brahmin. Putting a lipstick on a pig still makes it a pig. We should accept demons of our society what they are, Maybe then this evil of caste system can be eradicated in about 200 years!