Difference between Burger and Hamburger

Key Difference: A burger is cooked by placing a filling of meat or vegetables in between sliced parts of a round bun, whereas Hamburger is also a kind of burger that consists of a cooked patty of ground meat as filling. 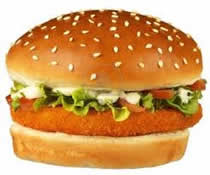 Burger and hamburger both are mouthwatering fast foods. Generally we all are familiar with the word burger and few get confused between the two terms as sometimes people think they both are same or the hanmburger is full name of burger. And also some people might think that any burger with ham becomes a hamburger. To clear these confusions we begin with a simple definition of a burger. A burger is cooked by placing a filling of meat or vegetables between slices of a bun; generally this bun is round. People love to eat them and thus have given rise to many restaurants engaged in selling of just hamburgers or burgers or both. They have gained popularity due to various options of fillings and buns. One can also experiment with the ingredients of the filling inside the bun. There have been various claims stating the invention of the burger but still it remains unclear. Burgers and hamburgers both are very popular fast food and have been the prominent dish in fast food restaurants. Burgers is simply defined as a dish that consists of a filling and a bun. This filling can be a flat patty made of cooked vegetables or meat, or cheese and various other options are available to put as a filling.

Now the definition of burger is clear and we can proceed to define a hambuger. Hamburgers are also burgers but the word is used in context to a filling that consists of some kind of meat. A filling in Hamburger can be a patty made from beef, pork, turkey, chicken etc. Buns are kind of bread but do not have a flat surface, like in any other burger. They are generally round in shape. The bun is sliced into two parts to put the filling inside. A burger filling can be anything like vegetables or meat whereas in Hamburger this filing is specifically made from meat. Thus, we can conclude that hamburger is also a kind of burger. After putting the filling above the lower portion of bun, one can also add sauces like tomato, chili, mayonnaise etc depending upon the taste required. After the filling is set on bun, the upper portion of the bun covers it and together forms a unit called as burger. 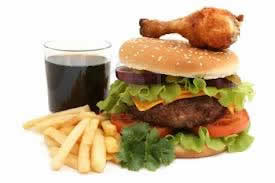 Burger buns are also made from various types of flour like wheat, etc. The burgers have also gained popularity as it is prepared within few minutes and is quite filling. Looking at the history of burgers, we can find that earlier thicker buns were prepared by hand from ground beef but now burgers are thin and have uniform thickness. Now a day’s layered burgers are also gaining popularity; these buns have various layers of slices of buns and fillings. A round patty made of meshed potatoes is also very popular as filling of a burger.

These fast foods are simple to make and are readily available in many restaurants. They can easily be wrapped and one can just eat it after grabbing it. It is not necessary to serve them on plate. McDonald, burgerking and subway are some of the famous names in the burger and sandwich industry. Widely popular among kids and teens, they have also managed to win hearts of people from all ages. Another advantage is that they are very simple to eat and pack and thus are also preferred for picnics etc.  One can add the filling of choice and experiment with flavors also.

"A filling in Hamburger can be a patty made from beef, pork, turkey, chicken etc." This is the dumbest shit ever... NO! It can't! A hamburger is made of ground beef... A long time ago they were called Hamburg steaks... BECAUSE they came from Hamburg Germany. Burger used to be slang for hamburger... So, burger also meant ground beef patty on a bun. Now as language, and taste is evolving... burger which was slang for hamburger (which is ground beef) has now come to mean any meat patty fried, or grilled, breaded, or not, ground meat, or slab on a round bun. Hamburger is a ground beef patty... burger can be everything else... fish burger, chicken burger, veggie burger etc, pork burger... but a hamburger is BEEF, it always has been, and always will be... quit appropriating culture... Your English is not refined enough to write educational articles for other people to read by the way.