Difference between Castle and Fort 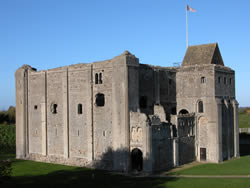 A castle is a huge building that is prepared and contains many defenses. These are the buildings that were seen in previous ages as often inhabited by a nobleman, ruler or King. A castle was mainly built for safety purposes. In the 9th and 10th century, the buildings like castles were built in Middle East and Europe by the Maharajas (Kings) against threatening attacks. The castle architecture is very commonly seen in most of the other castles. The protectors like gatehouses, arrows, etc. were the elements that were surrounded in castle. They were not constructed for the purpose of architecture, but it was constructed to frighten the enemies. 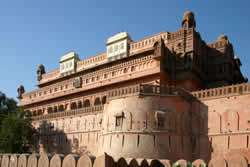 Forts are very similar to castles but they were exclusively used for the military purposes. A fortress is a very large fort. It is type of fortification which is larger than regular forts. They were built for the purposes of military to defend from enemies from the outside countries. It was mainly helpful in the older times when unknowingly war took place. Even now, the forts are very useful in wars or fights between two countries or regions.

Comparison between Castle and Fort: