Difference between Cation and Anion 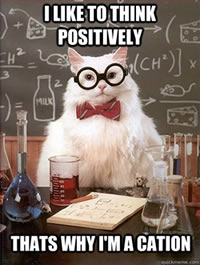 An atom is the smallest unit that makes up matter. All mater whether living or non-living are made up of atoms. Atoms are so small that they are not visible to the naked eye and must be viewed through a microscope. The atom has a specific structure; it is named up of a nucleus, protons, neutrons and electrons. The protons and the neutrons combined make up the nucleus of the atom, while the electrons revolve around the nucleus in a dedicated path. The protons have a positive charge, the electrons a negative charge and neutrons are neutral. Each atom has the same number of protons as electrons. However, atoms are never found freely in the natural world.

Each atom that has not created any bond will have an equal number of protons and electrons. Because an atom cannot exist freely, they readily bond with other atoms that are available. When an atom bonds it either loses or gains electrons. If one atom bonds with another atom, one atom will have to lose an electron while the other atom will gain an electron. This gives the atom a positive or a negative electric charge. Atoms whose protons do not equal its electrons are ions. 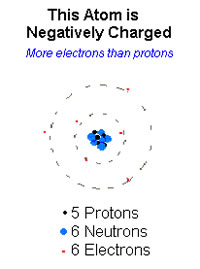 A cation is a neutral atom that has lost an electron from its valence shell. Electrons travel in the different orbital shells and the valence shell is the last shell. Cations are metals that usually have one or two electrons in its final orbital shell and in order to stabilize themselves they end up losing these electrons. Because of having more protons than electrons, they develop a positive charge and during electrolysis they are attracted to the anode. The term ‘cation’ is derived from the Greek word ‘kata’ meaning “down” to represent the lower number of electrons.

An anion is a neutral atom that has gained an electron to its valence shell. Anions are non-metals and the most reactive ones are anions that are missing one electron from having a complete valence shell. They gain an electron in order to stabilize themselves. This increases the number of electrons against the number of protons, giving the ion a negative charge and during electrolysis they are attracted to the cathode. The term ‘anion’ is derived from the Greek word ‘ano’ meaning “up” to represent the higher number of electrons compared to protons.