Difference between CD and DVD 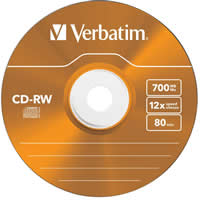 Compact Disc (CD) is an optical disc that is used to store data. These are actually made to replace floppy disks that were used to store files and programs from the computer. The CDs eventually caused the floppy disks to become obsolete. CDs were invented by Philips and Sony independently, but they did collaborate to create a standard format and related player technology (CD player) in 1982. CDs can hold up to 700 MB worth of data, which is approximately 80 minutes of audio. Mini CDs have also been crated that can store approximately 24 minutes of audio or program drivers.

Though initially CDs were created for storing and playing back sound recording, over the years there have been many different types of CDs produced for different types of work, including CD-Text, CD + Graphics, CD-ROM, Video CD, Super Video CD, Photo CD, etc. All of these CDs are used for different purposes. There are also CDs, which can only be read (CD-ROM), only be written on once (CD-R) or allows the user to constantly read and write the CD as he/she wishes (CD-RW). Standard CDs are commonly used to store songs, data, drivers, programs, etc. Originally, CDs offered more data capacity than the computer’s hard drive, though hard drives exceed CD by a mile with today’s technologies. 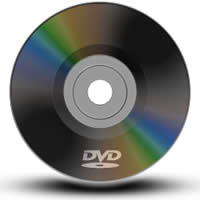 DVDs are similar to CDs and are also an optical disc storage device. These were developed independently by Philips, Sony, Toshiba, and Panasonic in 1995. Prior to this, video and film were being recorded on Video CD (VCD) that was available in the market in 1993. Other formats that came out in the same year included Multimedia Compact Disc (MMCD) and Super Density (SD) disc. The difference in formats caused the companies to come together and set up standards for maintaining one type of format, which resulted in the formation of DVD. As prices of DVDs went down, it cause VHS tapes to become obsolete by offering better technology.

There are also various different types of DVDs including DVD-ROM, DVD-R and DVD-RW, Blu-ray. When DVD players were created, they had backward capability, which allowed CDs to be read on them. However, many CD-players could not read DVDs, which meant that people would specifically have to go and buy these players. DVDs allowed users to hold data up to 17.08 GB on a dual-layer, dual-sided disc. A single layered, single-sided disc holds approximately 4.7 GB of data. Thought, these were initially used to store videos and films; these are also used to store and distribute big programs that cannot fit on to a disk.

CDs and DVDs are generally made using some of the same materials and manufacturing methods, with the major difference being the data capacity between the two. CDs and DVDs are made using polycarbonate plastic, which is approximately four one-hundredths (4/100) of an inch or 1.22 mm thick. The plastic is an injection-molded piece of clear polycarbonate plastic, which then has microscopic bumps that are arranged as a single, continuous, extremely long spiral track of data. The plastic is then followed by a clear reflective aluminum layer, then a thin acrylic layer to protect the aluminum. This is followed by label that is printed onto to the acrylic layer. The CD and DVD have a single track of data in the form of a spiral, which starts as the center going outwards. The data is stored on the bumps or pits which are then read by the CD/DVD layer. The bumps/pits on a DVD are much smaller than on CD, allowing the DVD to store more data. DVD also comes with more storage layers compared to CDs.

Thank you, this is the most helpful site, I could find.

No there is no two layer

it is easier to write and understand also

When we half burn cd /dvd. It can be re burnable?

PLZ include more pictures to explain it better

it is so good and understandable

It is so interesting that Iread so many times.