Difference between Cheetah and Panther

Key Difference: Both Cheetah and Panther are essentially wild animals. Cheetahs are tall, slender and have a smaller head in comparison to the body. Cheetahs are famous for their speed and agility. On the other hand, Panther are also tall, and they are very powerful, intelligent, and exotic animals. 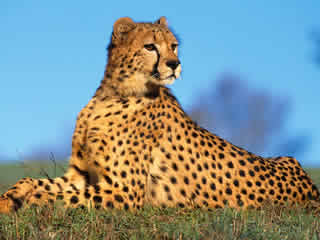 Cheetah is the fastest land animal in the world. Cheetahs have been known to depend on their bursts of speed in order to hunt down victims, while leopards bank on their silent, stalking skills. A cheetah will carry its kill to a solitary hidden location to save the kill from other animals. Cheetahs can go from 0-60 miles per hour in three seconds. Cheetahs are tan in color with black spots all over their bodies. They can also be distinguished from other big cats by their smaller size, spotted coats, small heads, ears and distinctive "tear stripes" that stretch from the corner of the eye to the side of the nose.

They hunt during the day and rely on bursts of speed (up to 75mph over short distances). Unlike leopards and other big cats, they can purr while they inhale, but can't roar. 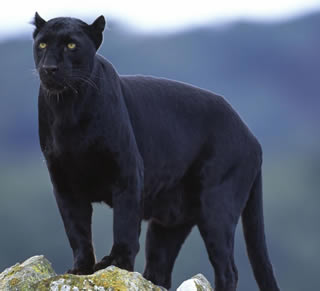 Panther or Panthera is a genus in the Felidae family that consists of the tiger, the lion, the jaguar, and the leopard as species. Though the name Panther refers to all of the members of the genius, it is most commonly assigned to the Black Panther, which is a melanistic jaguar, leopard and the Florida panther, a subspecies of cougar. Only four of the Panthera cat species have the ability to roar.

Comparison between Cheetah and Panther:

Well actually, Black Panthers do indeed have spots they are just hard to see because of there genetic trait, which makes their fur black, so black panthers do still have spots