Difference between Cab and Taxi

Key Difference: The terms “cab” and “taxi” are both derived from the term taxicab. They are synonymous. They both refer to is a type of vehicle for hire with a driver, used by a single passenger or small group of passengers often for a non-shared ride. 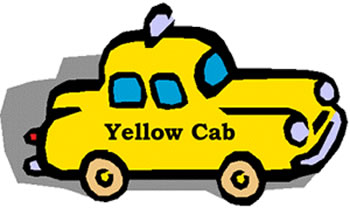 The terms “cab” and “taxi” are essentially synonymous. They both refer to a vehicle that can be hired for transportation. The vehicle picks one up from one location and drives them to another, known as a taxicab. The terms “cab” and “taxi” are both derived from the term taxicab. The passenger has to pay for this service either by a fixed rate or according to the distance traveled.

While, mostly used privately, they are also often used as part of public transport. Where a taxicab, picks up passengers from a fixed location and drops them off at another fixed location. There is also such a thing called sharing cabs, which is a combination of sorts of the public taxi and the private taxi. The sharing cabs or share taxis take a group of passengers along a fixed or semi-fixed route without timetables. They leave only when all the seats are filled, and may either drop the entire group at a fixed location, or drop them one by one along the route similar to a bus service.

There are also some other types of taxis as depending on region:

Hence, taxis and cabs are essentially the same thing, and the difference exists only in the term used. The term cab is short for “cabriolet”. A cabriolet is a light horse-drawn vehicle, with two wheels and a single horse. These were some of the oldest forms of transportations used. They had a folding hood that can cover its two occupants, one of whom is the driver. 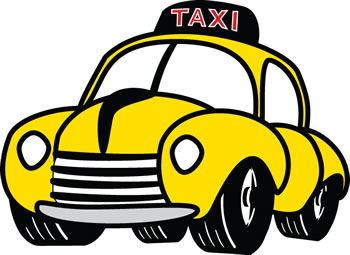 After the first development of the motorized vehicles or automobiles, the name cab stuck and was convenient to use as majority of the people were already using it. These cabs were later fitted to clockwork mechanical taximeter to measure the fare. The taximeter calculated the passenger fares based on a combination of distance traveled and waiting time. The name was then transformed into taxi-cab, i.e. taximeter- cabriolet.

Even after the modern electronic taximeters were developed and fitted into the modern advanced automobiles, the name taxi-cab has stuck around and is still being used today. It is often shortened into just “taxi” or just “cab”.

Comparison between Cab and Taxi: