Difference Between Chlorine and Bleach

Key Difference: Chlorine is an element and has the atomic number 17. It belongs to the halogen group and is the second lightest halogen after fluorine. It is a strong oxidizing agent. Bleach is any chemical that is used in order to remove color, disinfect or whiten objects. 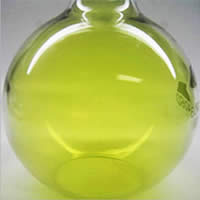 Chlorine is an element and has the atomic number 17. It belongs to the halogen group and is the second lightest halogen after fluorine. Chlorine the highest electron affinity and the third highest electronegativity of all the elements; for this reason, chlorine is a strong oxidizing agent. Free chlorine is rarely found on Earth and is usually a result of direct or indirect oxidation by oxygen. The most common and the oldest known compound of chlorine is sodium chloride (or table salt), which has been in existence since ancient times. Almost all chlorine on the Earth is found as chloride in various ionic bonds. It is the second most abundant halogen and 21st most abundant chemical element in Earth's crust.

At standard temperature and pressure, two chlorine atoms form the diatomic molecule Cl2, which results in a yellow-green gas that has a strong, sharp and distinct odor. The bonding between the two chlorine atoms is weak, making the gas highly reactive. Although elemental chlorine is yellow-green, chloride ion has no color in either minerals or solutions. Even though salt and rock salt were being used as early as 3000 BC, chlorine was not recognized as a gas until 1630 by the Belgian chemist and physician Jan Baptist van Helmont.

Chlorine is used in many different applications for variety of different uses. It is most commonly used as an active ingredient in bleach. It is used in making of plastics, solvents for dry cleaning and metal degreasing, textiles, agrochemicals and pharmaceuticals, insecticides, dyestuffs, household cleaning products, etc. It is also used to make polycarbonates, polyurethanes, silicones, polytetrafluoroethylene, carboxymethyl cellulose, and propylene oxide. Chlorine is also used in order to treat and disinfect water and make it fit for human consumption. Water that is treated with chlorine has been proven to prevent spreading of waterborne diseases. Chlorine is also used to sanitize swimming pools and as a disinfection stage in sewage treatment.

Chlorine can be found in medications such as malaria, allergies, depression, diabetes, arthritis, heart disease, infections, tranquilizers, painkillers, cold and allergy medications. Diluted chlorine is also used as a pesticide. PVC (polyvinyl chloride) is used to make clothing, flooring, electrical cables, flexible hoses and tubings, figurines (statues), waterbeds and inflatable structures. Chlorine in gaseous form is dangerous for the respiratory system and excessive intake of strong chlorine gas can result in inflammation of the lungs and/or death.

Bleach is any chemical that is used in order to remove color, disinfect or whiten objects. The process of bleaching has been around for thousands of years and the old methods included water and drying under the sun in order to bleach a fabric. Bleaching using chemicals were discovered during the 18th century, with chlorine being the basis for common bleaches. The most common bleach that is still in existence today is known as sodium hypochlorite (commonly known as just ‘bleach’) and calcium hypochlorite (bleaching powder). 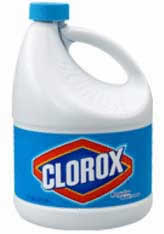 The most common types of bleaches that are available in the market are sodium hypochlorite and calcium hypochlorite, both of which are made using chlorine. Other bleaches include hydrogen peroxide, sodium percarbonate, sodium perborate, peracetic acid and ozone. These bleaches are also used in the manufacture of paper products, including newsprint. The food industry uses organic bleaches such as benzoyl peroxide and bromates, for flour bleaching and maturing agents. Bleaches are commonly used in household in order to whiten clothes, remove stains, and as a disinfectant.