Key difference: Civil liberties are protections against government actions. Civil rights are equal rights of all citizens as protected by the government. 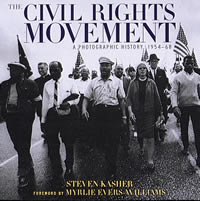 The phrase "civil rights" comes from the Latin “ius civis”, which means “rights of citizens”. They are the basic legal rights that constitute free and equal citizenship. They include personal, political, and economic rights which every citizen of state must possess. In many countries, citizens have greater protections against infringement of rights than non-citizens. However, civil rights are considered to be universal rights that apply to all persons.

Civil rights are human rights that are every citizen’s birthright and which ensure a citizen's ability to fully participate in the civil and political life of the state without discrimination or repression. They protect the freedom of individuals from unwarranted infringement into those rights by governments, private organizations, and other entities.