Difference between Doberman and Rottweiler

Key Difference: Both Doberman and Rottweiler are the smartest breeds of dogs and were bred for guarding. Doberman is very clever, watchful, has versatile skills and is a faithful companion. On the other hand, Rottweiler is very devoted, obedient, and eager to work.

Doberman and Rottweiler are two different breeds of dogs. Both originated from Germany, and their nicknames are ‘dobie’ and ‘rottie’. Both are working dogs with a need for large rise of work out. However, there is a huge amount of difference in their physical characteristics, temperament, build, etc. 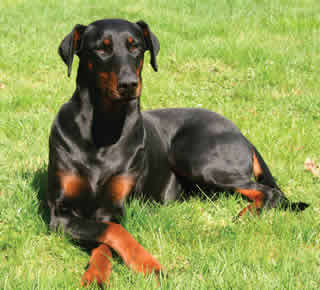 Doberman, officially known as Doberman pinscher, has a strong, muscular, and compact built, and is a domestic breed of dog. The name ‘Doberman’ was originally developed by Karl Friedrich Louis Dobermann in 1890, in Germany. Doberman Pinschers are among the most common of pet breeds. The breed is well known as a bright, alert, and truthful companion dog. Previously, it was widely used as a police dog, but it is less common today.

Dobies are known because of their obedience. They engage a quick relationship with each family member and easily become a family member themselves. Dobies are very speedy dogs with some overexcited skills, which very few breeds of dogs possess. They save their master's life whenever needed, and they live only to serve their masters. 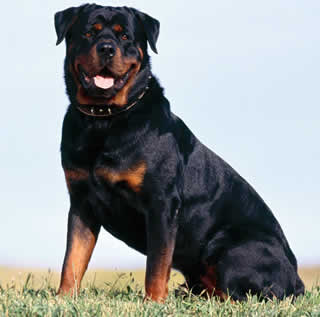 Rottweiler, the dog which was once known as Rottweil butchers, is stockier and a bulky domestic breed of dog. Rottweiler is one of the oldest herding breeds. The origin of the Rottweiler is not known, though many experts theorize that the breed descended from the drover dogs indigenous to ancient Rome. During the First and Second World Wars, Rottweilers were put into service in a variety of roles, including as messenger, ambulance, draught, and security/safeguard dogs. The Rottie is stockier, heavier, and longer with a broad head.

Rottie has a noble and self-assured appearance. Its long, vigorous build and attentiveness let it function as a protector dog, cattle herder, and at various other duties that need agility, endurance, and strength.

Comparison between Doberman and Rottweiler: