Difference between Drone and UAV

Drone and UAV (Unmanned Aerial Vehicle) can be used interchangeably. People can easily use both the terms alternatively. Drones were used in the older times, whereas, UAV in a new term used to describe a cutting-edge aircraft. 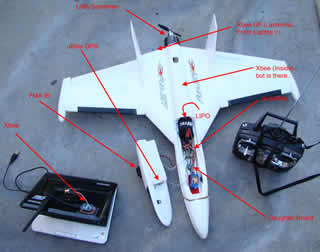 Drone is commonly known as Unmanned Aerial Vehicle (UAV). It is an aircraft without a human pilot on plank. The vehicle is controlled automatically by computers, or it can also be operated by the remote control. The use of drones has grown quickly in recent years because unlike manned aircraft they can stay aloft for many hours. Compared to a military aircraft, they are much cheaper; and are flown remotely so there is no danger to the flight crew.

There are different types of armed and surveillance drones in Iraq and Afghanistan; the US have two separate ‘squardron’ of armed drones – one run by the US Air Force and one run by the CIA; the UK has several types of surveillance drones, the most popular is Watchkeeper, and many more drones are available in many other countries. Recently, in the news, it has been announced that the Amazon.com is testing delivering packages using drones. The idea is not finalized, but the process is going on. Drones may also be used in many other contexts, as mentioned above in the Dictionary.com definition.

Drones have mostly been used by the U.S. military to shoot missiles at enemy combatants in countries such as Afghanistan and Pakistan. However, the cost of these unmanned aircraft has dropped precipitously in recent years, making them more accessible to commercial users, such as companies, small businesses and entrepreneurs. 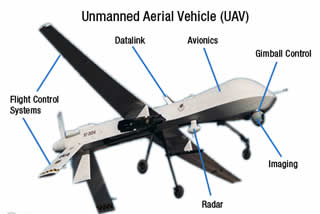 UAV, short for Unmanned Aerial Vehicles or Unmanned Aircraft systems come in many different sizes and shapes. Most of the aircrafts have been designed for specific roles and application, but almost all of them can be reconfigured just though a pay load interchange to perform a variety of other tasks. According to MSN Encarta an "uncrewed reconnaissance vehicle: an uncrewed aerial vehicle that can fly over combat zones and staging areas, dropping supplies to troops, releasing bombs, carrying out reconnaissance on enemy forces."  This definition would have everyone believe that UAVs are only used in military scenarios.

Comparison between Drone and UAV: