Difference between Electrical and Electronics 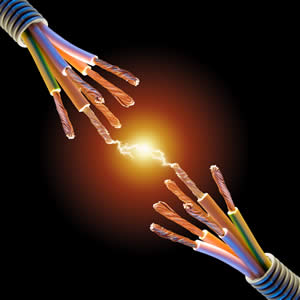 The phenomenon of electricity has been under study since the ancient times. Even then, the practical applications using electricity were few and it wasn’t until the late nineteenth century that the engineers were able to put it to an industrial and residential use. The rapid expansion in electrical technology during that time transformed the industry and the society. Electricity's extraordinary resourcefulness meant that it could be put to almost a limitless set of applications which include transport, heating, lighting, communications, and computation. Now, electrical power is considered as the backbone of modern industrial society.

When the field of electronics was invented in 1883, electrical devices had already been around for at least 100 years. For example:

According to Wikipedia, electronics is the science which deals with electrical circuits that involve active electrical components such as vacuum tubes, transistors, diodes and integrated circuits. It understands the behavior of components and their ability to control the flow of electrons through them. It is this electron flow which helps in the amplification of signals and the working of electronic devices which is widely used in information processing, telecommunications, and signal processing. It is the ability of electronic devices to act as switches which makes the digital information processing possible.

Electronics is considered to be distinct from other fields of science and technology, as it deals with the generation, distribution, switching, storage, and conversion of electrical energy from one form to another using wires, motors, generators, batteries, switches, relays, transformers, resistors, and other passive components.

Nowadays, most electronic devices use semiconductor components to perform electron control. The study of semiconductor devices and related technology is considered a branch of solid state physics, whereas the design and construction of electronic circuits to solve practical problems come under electronics engineering.

Comparison between Electrical and Electronics:

electrical is large scale conduction of electricity while electronics is miner conduction by fixed polarity.