Difference between England and London

Key Difference: England is a country, while London is a city inside England. 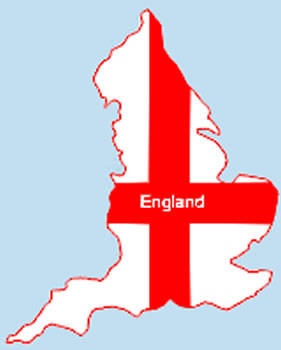 England and London are often confusing and are used interchangeably because of similar geographical location. Also, many times the terms are used together when someone refers to that location. For example: My friend just landed in London, England. Now, the main thing one must understand is that London is a part of England.

London is actually a city, while England is a country. London is the capital city of England and the United Kingdom. London is located overlooking the River Thames and has been a major settlement for two millennia. It was originally named Londinium by the Romans, and later adapted to London. London is a leading global city, with strengths in the arts, commerce, education, entertainment, fashion, finance, healthcare, media, professional services, research and development, tourism and transport all contributing to its prominence. It is considered as the world’s cultural capital and one of the leading financial centers. London has a diverse range of peoples and cultures, and more than 300 languages are spoken within its boundaries. It has also become prominent for renowned structures and sight-seeing places such as: Tower of London, Kew Gardens, Westminster Abbey, St Margaret's Church, Greenwich Royal Observatory, Buckingham Palace, the London Eye, Piccadilly Circus, St Paul's Cathedral, Tower Bridge, Trafalgar Square, and The Shard. 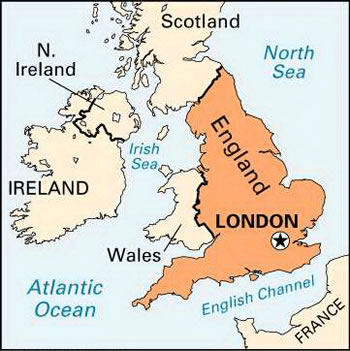 England is a country that is a part of the United Kingdom. It shares borders with Scotland to the north and Wales to the west. It is separated from Ireland by the Irish Sea that lies in the North West. It has a history that dates back to the Upper Palaeolithic period, when modern humans settled in the England area. However, it did not receive its name until it was unified in 927 A.D. England has had a great impact on the technological, legal and cultural development of the rest of the world. Many legal and political systems have been based on or adapted from the one present in England. Most of England comprises the central and southern part of the island of Great Britain which lies in the North Atlantic. The country also includes over 100 smaller islands such as the Isles of Scilly, and the Isle of Wight.

Comparison between England and London: