Difference between Estuary and Delta

Key Difference:  Delta is a sedimentary deposit formed at mouth of some rivers. It is usually triangular in shape. On the other hand, an estuary is a semi-enclosed body of water where fresh water meets the ocean. 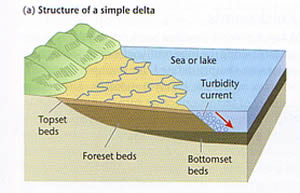 Delta is basically a deposit of sediments containing sand and soil. It is normally found as a bulge of shoreline where the river enters the ocean, sea or any other standing body of water. This bulge contains sediments and therefore it is very fertile in nature. The sediments get accumulate in the condition when the river’s rate of depositing material tends to be faster than of sea.

It is found at the mouth of large rivers like the Mississippi. Deltas are classified into three main groups according to the shapes formed by them - Accurate or fan shaped, Cuspate and Bird’s foot. Most often the shape is described as triangular, and therefore it has got its name from the Greek letter which resembles a triangle. Factors like amount and type of sediment, change in volume of water discharged from river, changes in coastal level, etc., tend to influence the occurrence of deltas. 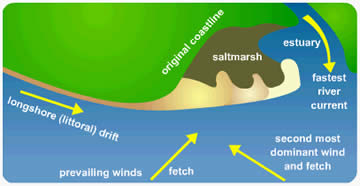 An estuary is an area where streams and rivers converge into the seawater from oceans. Bays, lagoons, harbors, inlets can be types of estuaries. Estuaries contains the mixture of salt and fresh water and results in brackish water. There are generally four types of estuaries – Coastal plain estuaries, Tectonic estuaries, Bar built estuaries and Fjord estuaries.

There are many differences between an estuary and a delta. An estuary is all about meeting of a river with an ocean or a sea typically in a single line. It has no concerned with the distributaries of a river. On the other hand, delta usually gets developed when a river meets the still water body with many distributaries. A delta is formed in coastal areas which have plains and marked by low tides. On the other hand, an estuary gets formed in a coastal area marked by high tides.

Deltas are rich in sediments, and therefore they are beneficial for agriculture, whereas the coastal areas near estuaries tend to be suitable natural harbors.

Comparison between an estuary and Delta:

I think it should be checked whether the differences are placed in correct places. Last two points are confusing.