Difference between Film and Cinema

Key difference: The term ‘film’ is commonly applied to movies of an artistic or educational nature and is not expected to have broad, commercial appeal. Whereas the term ‘cinema’ means a place designed for the exhibition of films.

In different countries and cultures, the same medium of art is known and popular with a different name. However, most people understand that cinema and film are the words that are used for the same medium of entertainment. Films, movies or cinema are an integral part of our lives, and most of us make no difference between the two and use the terms interchangeably as if they mean the same. However they do have some differences. 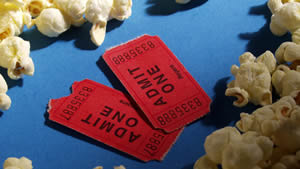 Cinema, or motion picture, is the art of moving images; a visual medium that tells stories and exposes reality. It comes from the French cinematograph that is used to refer to the device that projects a motion picture on to a screen. This French word, in turn, is derived from the Greek word ‘kinein’, which means to move.

Cinema is considered to be the world’s most recent art form. It is also considered to be the most complex, collaborative and costly artistic expression. The first two versions of the film camera were used to record daily events. Men were instructed on how to use the recently created camera and hired to undertake journeys around the globe and capture exotic images like the pyramids in Egypt and the waterfalls in Niagara. This helped people to understand more about the camera’s potential to record actions and tell scripted stories. So, the camera started shooting play-like events. This made way for narrative filmmaking, scriptwriting, set design, and editing. In short, 'cinema' was born.

Entrepreneurs quickly found a way to make money from this newborn art. Theatres were built and entry tickets became compulsory to enjoy this show of lights and shadows. With the high demand and increasing profits of the cinema, the market became favorable for filmmakers. Soon, studios came into being. Cast and crew were signed with contracts. And in the 1930s, the American film industry peaked, making dozens of movies a month. Due to all this, the cinema evolved. Movies became longer and sound was added. Color films became economical. Specials effects were created. Digital imaging was invented. Hollywood, Bollywood, French cinema, British cinema, etc. were built. And this entire fraternity of movie making, film making, TV series or documentary film making came to be known as 'cinema'.

According to Wikipedia, a film is created by photographing actual scenes with a motion picture camera; by photographing drawings or miniature models using traditional animation techniques; by means of computer animation; or by a combination of some or all of these techniques and other visual effects. It is a series of images, which when displayed on screen, create an illusion of moving images by the phi phenomenon. 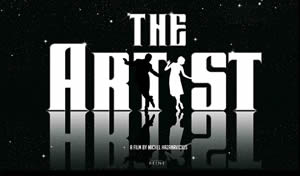 Film is the art of making motion pictures. It is the definition of cinema that communicates ideas, stories, perceptions, feelings, beauty or experiences by the means of recorded or programmed moving images along with other stimulations. It usually includes an optical soundtrack, which is a recording of the spoken words, music and other sounds, which accompany the images. The soundtrack runs along a segment of the film, which it is exclusively reserved for and is not projected. Films are considered to be cultural artifacts created by specific cultures, which are reflected and affected. It is considered as a source of popular entertainment and a powerful medium for educating and providing information to the citizens. The visual basis of a film gives it a universal power of communication.

Comparison between Film and Cinema: