Difference between Judaism and Christianity

Key Difference: Judaism states that Jesus is not the messiah that is promised in the Old Testament and does not believe him to be the son of God. They believe there is only one God and he should be the only one who is worshipped. Christians believe Jesus is the son of God and the promised messiah. They believe in the Trinity, where a God is made up for three entities: the Father, the Son and the Holy Spirit.

Christianity and Judaism are two different types of religion, whose followers are known as Christians and Jews. Even though Christianity has branched out from Judaism, there are significant differences between the two religions. However, with religion one must keep in mind that religion differs to each person depending on their faith and belief. 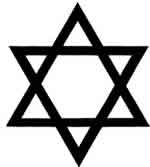 Judaism is a monotheistic religion that originated in Israel in the 1300 B.C. According to Jews, it is the relationship between the God and the Children of Israel. According to Rabbinic Judaism, God revealed his laws and commandments to Moses on Mount Sinai through written and oral Torah. Jews follow the Old Testament in the Bible, along with the Tanakh and the Torah. A main difference between the Jews and Christians is the role of Jesus. According to the Jews, Jesus was not a messiah but a teacher and a follower of God and that Jesus did not have a virgin birth, but a normal one. The Jews believe that there is only ONE God and only he should be worshipped. They believe in living their lives according to the scriptures of God and ultimately gaining admittance into Heaven. In traditional Jewish, everything is created by the Almighty and there is no supernatural source of evil. Every human being has an inclination towards good and towards evil and are individually responsible for their own actions, eliminating the requirement of a savior. 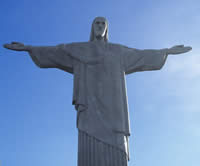 Christianity is also a monotheistic religion that originated in Jerusalem in 33 A.D. Christians follow the teachings of the Old Testament and the New Testament, which consists the teaching of Jesus. The Christians believe that Jesus is the son of God and the savior of humanity and was born through a virgin birth. They believe that Jesus is the Messiah that is prophesied in the Hebrew Bible (Old Testament) and that he suffered, died, was buried, and was resurrected from the dead in order to grant eternal life to those who believe in him and trust him for the remission of their sins. A person can be admitted to the church through baptism.

Both the religions main beliefs are based on following the Ten Commandments, which includes instructions to worship only God and to keep the Sabbath, and prohibitions against idolatry, blasphemy, murder, theft, and adultery. While both religions believe in One God, Christians believe in Trinity. Trinity is belief that one God is comprised of three eternal persons; the Father, the Son and the Holy Spirit.

For more differences between the two religions, refer to the table below: