Difference between Formal and Semi Formal

Key Difference: Formal is often associated with the conventional or etiquette. It refers to be in accord with the established procedures, forms, conventions or rules. It is also associated with official norms. On the other hand, semi formal denotes a style combining the formal and informal elements. It is neither too formal nor too casual. 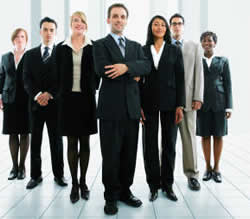 Formal and informal are just opposite to each other in context to their meanings. Formal defines an official style or manner. On the other hand, informal can be associated with a casual or a friendly manner. Semi formal lies in between. It is associated with the style that is neither formal nor completely informal.

Formal is associated with something that is in accord with established forms or standards. It is also associated with the conventional forms. Formal is the opposite of casual. Semi formal is sometimes difficult to explain as it depends upon an individual to choose among the elements of casual and formal to create a mix form of semi formal.

Comparison between Formal and Semi Formal:

Hi Vamsi, thank you for bringing this to our attention. We are not aware of it. We'll work on it ASAP. Thanks.