Difference between Freedom and Liberty

Key Difference: Liberty can be described as a right to do whatever pleases. Freedom is often described in context to any type of constraints; it means not constrained by any external obligation or pressure. Liberty deals with the state of being free to do something, whereas freedom is the state of being free from something.  However, today they both are also used interchangeably many times. 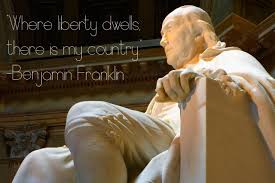 Freedom and liberty are often used interchangeably in English and many other languages. However, there tends to be a little difference between the two. Liberty is most often used in context of being free but under a legal framework. However, freedom is more commonly used word which describes one’s ability to act according to his or her own wish without any type of external pressure.

To understand the meaning, one must understand that how these words have originated. The word liberty is  evolved from the Latin word ‘libertas’, which means ‘the status of a descendent’. It refers to the fact that descendants enjoy the same social position enjoyed by their predecessors. This definition is generally used in context to full rights and obligations according to which one becomes a member of a particular group. It indicates a membership and status. 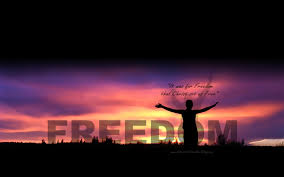 For example – the family members of a wealthy family enjoy their ‘libertas’, which is not enjoyed by servants serving them. This is how the word liberty evolved and originally meant. Thus, in context to politics, liberty refers to the rights possessed in common by people of a community or a state as they apply to its government. In general, liberty is often described as an attribute which is present since birth. In this particular context, liberty is a fundamental attribute that provides one the ability to do what he wants. Liberty in this context is described as a natural gift which can be described as a right to do as he wants.

Freedom has its etymological roots in word ‘free’, which is old Indian word ‘priya’, meaning friend. In Romanic languages ‘priya’ survived by Latin forms ‘privus’ meaning exceptional or standing apart. All these meanings are used in context to someone or something which has no burdens of any type of external imposed obligations or interferences.

Freedom, itself defines a state in which one is capable of doing according to his or her own wishes without any external obligations. Liberty is mostly used in context to the freedom which is granted to a person or people.

Liberty and freedom both mean the same thing – unlike a slave. However, liberty deals with privileges that come along independence, whereas freedom refers to rights of belongings.

Freedom is described by absence of any outside pressure. Thus, freedom has to be earned and maintained. Liberty is given, whereas freedom acts as a protector which allows liberty.

Currently, the words seem to overlap each other and therefore are used interchangeably.

Comparison between Freedom and Liberty: