Difference between Microsoft and Windows 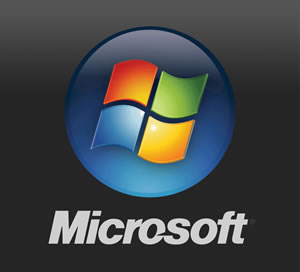 In 1971, Bill Gates and Paul Allen, the two childhood friends, are the founders of Microsoft. It is a multinational company; the world’s largest software maker measured by revenue. Microsoft primarily makes its profit from business to business, which mainly consists of selling licenses for its operating system to computer manufacturers and office suites for enterprises. Microsoft in 2009 introduced the operating system called Microsoft Windows Vista. In 2012, Microsoft 8 was launched. This operating system was mainly designed for two purposes: personal computers and tablets.

Microsoft is a software corporation and distributor. It sells its operating system, Microsoft Windows, to computer manufacturers around the world. Some widespread computers that utilized Microsoft products are Dell, Acer, HP, Lenovo, Sony and Hewlett-Packard. The computers of these companies are sold with Microsoft’s Windows operating system. Currently, Microsoft does have an advantage when it comes to software compatibility. Though it is different from Apple computers, one will often times see software that is available for Microsoft computers but not Mac (Apple Computer). Microsoft computers have always had numerous options for outside components, accessories and devices. 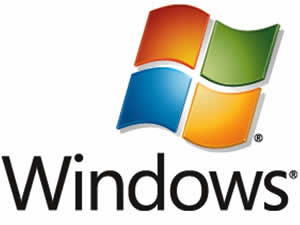 Windows is a series of graphical user interfaces developed and marketed by Microsoft. The Windows system is divided among different types of operating systems: Phone, Tablets and PCs. Windows was introduced as a PC operating system on November 20, 1985 for MS-DOS. It is currently the most popular operating system on PCs and is catching up in smartphones and tablets. The company’s most recent versions of Windows for all types of devices include: Windows 8, Windows Phone 8, Windows Server 2012 and Windows Embedded 8 Industry. Windows 8 is the latest operating system for PCs and laptops, and has a whole new look. The company has installed the Live Tiles ‘Metro’ design, which allows users to easily find everything they are looking for in one place. The Live Tiles also offer automatic updates and show users any new incoming messages, emails or notifications.

The Windows Phone 8 is OS that runs on the upcoming Windows phones. The Windows Phone 8 has the same Live Tiles format that shows users all their notifications on one page. The system also allows users to pick and place their own applications on the Live Tiles. The Windows RT version is a Windows 8 version for tablets and netbooks. It is optimized for thin and light PCs and aims at maximizing battery life. Windows Server 2012 is the sixth release of the Windows Server. Unlike Windows 8, the server was only made available to MSDN subscribers. It offers graphical user interface (GUI) based on Metro design language and a new Server Manager, a graphical application used for server management. Windows Embedded 8 Industry is an operating system that is designed for the Windows Embedded line of products. It is commonly used for automated teller machines and self-service checkouts.

Comparison between Microsoft and Windows:

I am glad to know these differences. As a senior citizen in the Philppines,I don't think I can afford anymore to upgrade my presently and personally owned PC, w/ Windows XP as its OS, to Windows Vista or higher caliber.It has helped me a lot for many years now.Thank you!