Difference between MSI and EXE

Key Difference: A MSI file is an executable file that is used for the installation, maintenance, and removal of software on modern Microsoft Windows systems. An EXE file is a short for ‘executable’ and has an .exe extension. The main purpose of an executable file is to install or run files that are already installed on the computer.

In order to install software in a computer, you need to download an installer by either purchasing one or downloading free ones off the internet. There are two types of files that one may come across while installing software, MIS or EXE; both these files are executable extension files. Though, both these files perform the same function, install and run programs, they do so in different manners. 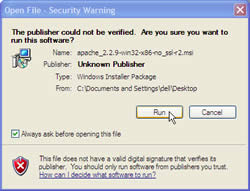 An MSI file is an executable file that is used for the installation, maintenance, and removal of software on modern Microsoft Windows systems. The term ‘MSI’ is derived from the name Microsoft Installer, which has now been changed to Windows installer. The information on an MSI file is stored in installation packages and the files have the extension .msi. MSI files are used with windows installer and require an EXE file in order to start the process or run the application. MSI files are most commonly used to by Microsoft for windows updates or applications.

When an MSI file is double-clicked, the Windows Installer will pop up on the screen and start extracting the file from the package, create necessary folders and files in drives indicated by the user and may also create shortcuts if that is mentioned in the package. An MSI file does not run on MAC computers and need to be converted to EXE files using appropriate conversion software. A benefit of using MSI file is that it is designed for unattended installation, where the installer can keep a record of keystrokes or clicks that is assigned for downloading a file. Another benefit of using a MSI file is the availability of a standard GUI, which is customizable to a certain degree and removes the complexity of creating your own interface. MSI also offers an installation on demand option, where it only downloads minor files on the computer and downloads the rest of the files when the application is run for the first time. 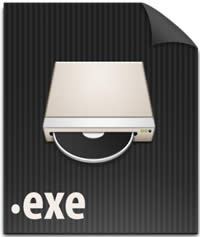 An EXE file is a short for ‘executable’ and has an .exe extension. The main purpose of an executable file is to install or run files that are

EXE files are compatible with almost all operating systems, but are most commonly seen with DOS, OpenVMS, Microsoft Windows, Symbian, and OS/2. Along with executable program, many EXE files also encompass other components, called as resources; which could include bitmaps and icons that the executable programs can use for its GUI. Unlike the MSI files that have the ability to remember your choices while installation, EXE files may require the user to click on ‘OK’ or ‘Next’ during installation. EXE files are also considered as dangerous and unknown files should not be downloaded as it can be used as a delivery system for viruses or other malicious routines.

Deciding which type of executable file to choose when developing a software installer is based on the program you have and the amount of effort that you would like to put in the installer. While EXE will give you the freedom to create the installer with the customizable options, MSI simplifies the task by conforming to preset standards.