Difference between Gay and Chakka 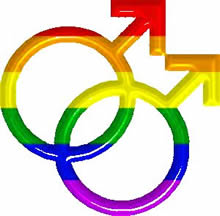 People who practice homosexuality are known as ‘Homosexuals’ or ‘Gays’. Generally, the term 'Gay' was used for male homosexuals; later, it began to be used for both males and females. The term ‘Gay’ was originally used to refer to feelings of being "carefree", "happy", or "bright and showy". In the 20th century, the term attained great importance as the title for homosexuals. It is being used for people who are sexually attracted to others of their same gender. Homosexuality, along with bisexuality and heterosexuality, are the three main categories of sexual orientation. 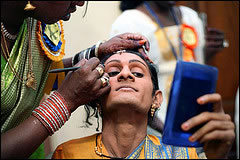 According to Wikipedia, chhakka or chakka is a term used for Hijras in Kannada and Bambaiya Hindi. They are males who have feminine gender identity, adopt feminine gender roles, and wear women's clothing. Some chakkas undergo an initiation rite into the hijra community called nirwaan i.e. removal of the male reproductive organs. They recognize themselves as the third gender and challenge the Western taxonomy of gender and sexual orientation.

The differences between a gay and a chakka are as follows: