Difference between GSM and GPRS

Key Difference: GSM is a standard for mobile communications set by the ETSI. It allows subscribers more features along with the ability to use their phones in GSM compatible area anywhere in the world. GPRS is a service packet that is added to the GSM network, which gives them faster service and enables the subscribers to connect to the internet and various other features.

GSM (Global System for Mobile Communication) is a set standard for mobile communication by European Telecommunications Standard Institute (ETSI). It is the most widely used technology in the world for global communications. GPRS (General packet radio service) is an addition to GSM that enhances the network and adds more features.

The GSM standard or (2G) is a replacement for analog cellular networks (1G). Work began on the network in 1982, but it was commercially available in the market in 1991. Prior to GSM, the analog cellular networks consisted of mix technologies and protocols that varied from country to country, making phones incompatible in different countries. GSM allowed subscribers to their cell phone services in any GSM service area in the world that has a roaming agreement. GSM also introduced a series of features such as short messaging service (SMS), international roaming, fax and data messaging services. Another popular feature was the ability to let users download ringtones, logos, photos, that enabled the users to personalize their phones. 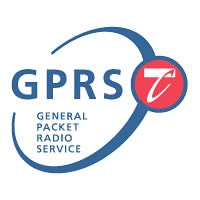 When GSM technology came to standstill and no new developments could be added on to it, GPRS was created as an addition to the network. GPRS was commercially launched in 2000. GPRS is a packet oriented mobile data protocol that allows the network to transmit IP packages to external networks. This service is compatible with 2G and 3G networks. GPRS usage is typically charged based on volume of data transferred, compared to the earlier billed per minute of connected time. The GPRS brought a flow of new features such as multimedia messaging service (MMS), internet access, push to talk services (walkie talkie) and the latest boom of internet applications.

Best. Which had high facility for people