Difference between Haiku and Tanka

Japan is a country, which showcases a rich culture through its various art forms. Japanese poetic forms have also been able to impress the nations across the world.

Haiku (from haikai no ku meaning 'light verse' in Japanese) is one of the famous Japanese poetic forms. It is a compact poem and contains three lines. The total number of syllables in the poem is seventeen. The number of times that we hear the sound of a vowel (a, e, i, o, u) in a word is equal to the number of syllables the word has. It follows the pattern of (5-7-5), as the distribution of syllables in the lines respectively. It is important to mention that number of syllables is determined on the approximation of the way on (OH'N), or sound units, that are used in Japanese. This approximation is important as Japanese does not have syllables. It seems to be a simple poem with very few syllables but, on the contrary it is very difficult to express the ideas in this poetic form. 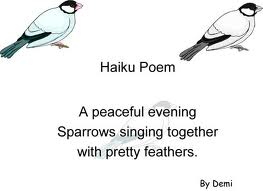 Haiku needs a lot of attention from the poet as poet has constraint of limited number of lines and limited number of syllables. The reader also needs to clearly understand the haiku poem, as it is very compact. Each word holds a lot of importance in context to the poem.  The subject of most Haiku varies from landscapes, flowers, rivers, etc. They are also known to create a certain mood or atmosphere. Famous "haikai" or "haiku" poets of former days included Matsuo BashoMatsuo Basho (1644 - 1694) and Yosano Buson (1716 - 1783).

An example of Haiku:-

Fish eyes are filled with tear

Tanka (from tan 'short' + ka 'song') is the name of another ancient poetic form of Japan. It is a poem with 31 syllables and five syllabic units, tanka have been popular in Japan for more than 1300 years. It is said that around 1000 A.D., composition of beautiful poetry was regarded as essential for women and men. In this period, selection of paper, ink, etc were also given a lot of importance. It was usually composed for some occasion. The experiences had to be expressed in tanka. Over the years, Tanka has evolved. In Japan,  tanka is written in a straight line but in other languages it is often written in the pattern of 5-7-5-7-7.

An example of Tanka:- 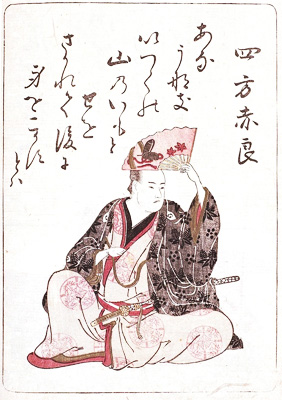 rain has come down

the pain of your absence

Both tanka and haiku are well known for the use of explicit, precisely crafted detail. They both share a philosophy and thus are related to each other in some or the other sense. They both have many common rules like- phrases should not be read like a complete sentence, written in lower case except the proper nouns, etc. But still as different poetic forms that are many differences among them. Some of the main differences are listed in the table:-

. I was happy that there is a brief overview of the difference between tanka and haiku,however I can't view the full table.

Thank you for this excellent overview of the difference between a Tanka and Haiku.