Difference between Hedge Phrases and Softeners 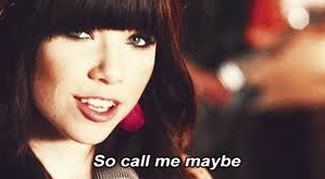 Hedge phrases and softeners are words or phrases that are used in order to reduce the impact of the sentence that is being said. In today’s world, when everything can be taken as an accusation, hedge phrases have become more and more common. This is mostly seen in the media, where reporters must use such words and phrases in order to make the content subjective.

What exactly are hedge phrases and softeners? What is the difference between the two? Actually, let’s answer the second question first. Hedge phrases and softeners are two of the same things. They are words or phrases that are used to ‘soften’ the meaning of the content. For example: The alleged burglary occurred last night. The alleged in this sentence suggests that nothing is concrete; it may have or have not happened.

Hedge phrases and softeners are defined as, “any term or phrase that is ambiguous or lacks clear precision.” Additionally, softeners also could mean rephrasing the sentence or term in order to reduce the impact of what is being said. So instead of saying “one is short”, one can say “one is not as tall” or if “something is dirty”, one can say “something is not very clean.” This reduces the impact the words make on the listener.

In many writing courses, hedge phrases are often looked down upon – such as debate – as it is believed to make the argument weaker. For example, if someone says “I am fairly sure it was him at my door”, this would claim that the person is not sure at all and may be taking a guess. He is somewhat sweet”, this would suggest that the person is unsure of what to make of that person’s sweetness.