Difference between High School and College

Key Difference: High School is an institution that typically offers the second part of the children’s basic education. Following high school and secondary school, some people may choose attend college, which further specialized education based on the degree or course that the student has chosen to study. 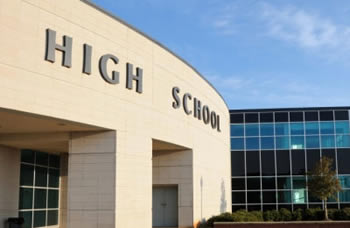 High School and College are two different types of institutions that provide education. These terms are commonly used in the US and in US English, but in the concept is the same as in UK English.

A person’s schooling is generally divided in different sections, starting with elementary or primary school, then middle school, and secondary school/high school. This is the basic level of education that is expected of most people in the western world. Of course there are still people in third world countries that who do not have access to basic education.

Following high school and secondary school, some people may choose to or be required to study further. They do so in colleges and universities. High schools focus on basic education which according to educators, each and every person to know. Colleges, on the other hand, focus on specialized education based on the degree or course that the student has chosen to study. In some countries, students can even choose the class they take and which professor they want to teach them.

While the term often refers to an institution that provides higher education, the term, college, may at times be used to refer to an elite and/or private secondary school, such as Eton College. However, this often only happens in Britain.

In terms of culture and etiquette, high school is usually strict with more rules. However, this may of course differ from region to region, or on the type of high school in question. For example: a private high school is generally stricter than a public high school. A college, by comparison, is generally less strict but harder than a high school. The primary reason for this is the fact that college has more advanced education, but also because college is not compulsory, which means that you must want to be there and have an interest in leaning. Also, because by the time you enter college, you are generally considered to be an adult, hence it is expected that you would know how to conduct yourself and need less supervision.

Comparison between High School and College: