Difference between Hijab and Burqa

Key difference: Hijab and burqa are two different kinds of clothing that are available to Islamic women. A hijab or hejab actually refers to the rules of covering up. However, in the usual everyday context, the word is used to refer to a scarf which covers the head. A burqa, on the other hand, is a loose outer garment that covers the whole body head-to-toe. 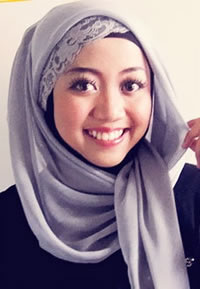 Hijab and burqa are two different kinds of clothing that are available to Islamic women. Islamic women were these cloths as a form of protection. They also act as a sign of modesty. Many claim that this clothing is decreed by the Islamic religion, culture and norms. Hence, many are times women are forced to wear these clothing in front of men by the social norms, elders and peers. However, many women choose to wear these clothing to represent their own belief in their religion and culture. They are worn by Muslim women as a symbol of modesty, privacy, and morality.

A hijab or hejab actually refers to the rules of covering up. In Arabic, the term ‘hijab’ literally means “a screen or curtain” and is used in the Qur'an to refer to a partition. Hijab also refers to a metaphysical dimension, where al-hijab refers to "the veil which separates man or the world from God”. Hijab can also be used to ‘refer to any head, face, or body covering worn by Muslim women or men that conforms to a certain standard of modesty.’

However, in the usual everyday context, the word is used to refer to a scarf which covers the head. It is also often called a Khimār. A woman is expected to start wearing a hijab at the time of puberty and must start wearing other forms of covering as she grows up. The hijab must be worn in front of any non-Mahrams, which is essentially everyone except the woman’s spouse and unmarriageable relatives. 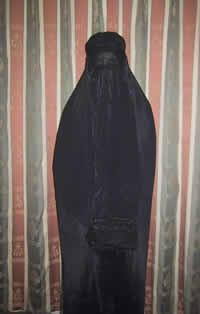 A burqa, on the other hand, is a loose outer garment that covers the whole body head-to-toe. The aim of the burqa is to cover the shape of the body in front of males outside of the family. In addition to the body, the burqa also covers the head and face. It can be a one-piece or a two-piece garment. One piece is the loose frock type garment that covers the body, while the second piece is a skirt or pant like garment that aims to cover the legs. The frock-type garment is usually just draped over the head and not adjusted or fastened to the woman’s body.

The face-veil portion is usually a rectangular piece of semi-transparent cloth whose top side is sewn to corresponding portion of the head-scarf. The veil hangs down loose from the scarf or is side-attached to the scarf, and it can be turned up if the woman wishes to reveal her face. The burqa contains a small opening for the eyes which may or may not be covered with a mesh panel.

‘The name burqa’ is an Arabized Persian word of purda or parda, which means curtain and/or veil. Burqa can also be written as burkha, burka or burqu.