Difference between Hip Hop and Pop

Key Difference: Hip Hop music genre consists of a stylized rhythmic music that is accompanied by rapping, a rhythmic and rhyming speech. The term ‘Pop’ is a shortened for ‘Popular’, and as a music genre it covers a wide range of music that is popular in today’s culture. Pop genre has a faster beat and more relatable lyrics.

Music has evolved from just relaxing noise and has become a way of life and for a person to express themselves. Today’s generation has many subcultures such as Hip hop, Emo, Punk, Rock, and Pop, which all have evolved from similar musical genres. Two of the popular music genres are Hip Hop and Pop; telling these genres apart is fairly easy once you listen to it. 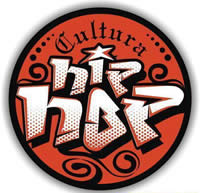 Hip Hop music that has evolved into a Hip Hop subculture is also associated with rap and R&B, though now they are considered as different genres in themselves. This genre consists of a stylized rhythmic music that is accompanied by rapping, a rhythmic and rhyming speech. It is considered to have key stylistic elements such as, MCing/rapping, DJing/scratching, break dancing, beat boxing and graffiti writing.

The culture hip hop started in 1970s, when block parties started taking place in the streets of Bronx, New York. These parties included loud music with a heavy Jamaican influence. It set the stage for the development of Graffiti, raping, DJ-ing, scratching and B-boying. It is believed that hip hop was born to counter the constant clash between various gangs in New York.

Creation of term ‘hip hop’ is commonly credited to Keith Cowboy, a rapper with the Grandmaster Flash and the Furious Five. It is believed that the term was created when Cowboy was teasing his friend who had just joined the U.S. Army, by repeating the words hip/hop in a musical tone mimicking the sound made by the soldiers’ boots during marching. Cowboy later worked the "hip hop" cadence into a part of his stage performance.

The music hip-hop has a heavy influence of instruments such as drums, synthesizers, base and turntables in a 4/4 time signature and is usually accompanied by a rapping or artists speaking in rhymes. Rappers, usually write, memorize or improvise their lyrics and sign it to either a cappella or to a beat. Hip hop lyrics are usually related to a certain issue that is currently present in the society or the singer’s standpoint on political or social problems. Hip hop lyricists incorporate meaningful lyrics into their hip hop songs as ‘a capella’ free verse with certain rhymes, or as powerful phrases with accompanying beats. Hip hop in dance form includes styles such as freestyle, break dancing and locking and popping. 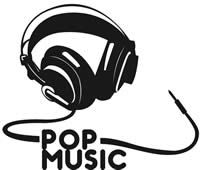 The term ‘Pop’ is a shortened for ‘Popular’, and as a music genre it covers a wide range of music that is popular in today’s culture. The term originated in 1950s and is believed to be derived from Rock and Roll. The term popular music and pop music is most commonly interchanged, though the former describes music in any genre, while the latter describes music that is more appealing to the masses.

The term ‘pop song’ was first used in 1926, in order to categorize music “having popular appeal.” Pop is considered as melting pot for all genres, as it accommodates a wide scope of musical influences. Pop music is influenced from genres such as soft rock, alternative, classical, jazz and rock. This type of music is created to gain the most commercial success and to be popular with the general public, more commonly the younger generation.

Pop song lyrics are lighter and have more of fun beat and is really short compared to hip hop songs.  It is generally written to target a younger audience and incorporates popular rhythm and faster beats. The lyrics usually speak about love, life and dance, which are written in a short and uncomplicated form to allow the public to relate to it. Pop music includes instruments such as Drums, base, electric guitars, keyboards, piano, violins, etc. Dance in pop culture varies, though it is most commonly known as Dance-pop. It can include any styles as long as it fits in rhythm with the beats.