Key Difference: The Hyundai Verna and Honda City are both sedan cars. Hyundai provides both diesel and petrol variants; whereas, Honda provides only petrol variants in this model.

The Hyundai Verna is a sedan car that is also marketed as the Accent in many countries and markets. Its production was started in 1995 and it is still in existence. However, many variations were made to the model in these years. The present version of the car was launched in November 2010. It follows the fluidic concept of Hyundai; hence, known as the ‘Hyundai Verna Fluidic’. The Hyundai Verna is available in the 1.4 litre and 1.6 litre petrol engine; as well as 1.4 litre and 1.6 litre diesel engine options in various markets. In India, all the four options are available for the customers. 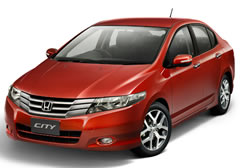 excellent post, very informative. I wonder why the other experts of this sector don't realize this. You must continue your writing. I'm confident, you've a great readers' base already!