Difference between Ice and Snow

Key Difference: Ice is the solid form of water. It is obtained by freezing water. On the other hand, snow is a frozen precipitation that is formed when atmospheric water vapor freezes under extremely cold temperatures. Snow is made up of ice crystals known as snow flakes. They both differ in the process of transition from water to solid form. 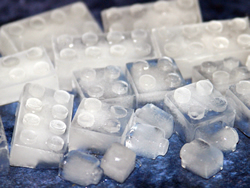 Ice is the solid form of water. It can also be referred to as a frozen form of water. It is generally transparent. However, it may acquire opaque or bluish-white color depending upon the impurities.  Water freezes into ice after getting colder than 32 degrees Fahrenheit or zero degrees Celsius. Molecules of water associate with each other as the temperature tends to drops. This association forms a pattern just like a bunch of interlocked hexagons. This particular pattern forms the ice. Ice floats as it is 9 percent less denser than water. 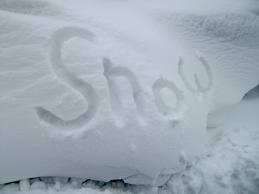 Snow is a frozen precipitation that is formed when atmospheric water vapor freezes under extremely cold temperatures. It is build up of ice crystals which are packed together. These ice crystals are called snowflakes. It occurs in a granular form. Generally, snow is defined as a soft, white and fluffy substance. However, under external pressure these attributes are subjected to change. When the snow precipitates from clouds, the process is known as Snowfall. Among the clouds, nimbostratus clouds produce the best snow. These clouds are dark in color and retain plenty of water.

Snowflakes occur in various shapes. However, all the snowflakes share a common feature and that is that  they all have six main sides. Snow is a good insulator. The color of snow is white as snow reflects all the colors. It does not absorb, transmit or scatter any single color. All the colors of light wavelengths join together, and the apparent white color of snow is obtained.

Comparison between Ice and Snow: