Key Difference: Frozen dessert is a generic term denoting any of the desserts prepared by freezing. On the other hand, ice cream is a popular type of frozen dessert which is made from dairy products and to prepare ice creams, the main ingredients are mixed and then churned constantly while being frozen. 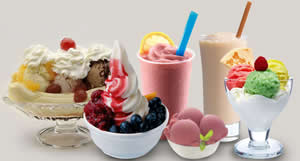 Frozen desserts are considered to be first prepared in 3000 BC where Asians realized that crushed ice and flavoring can be eaten. Most of these desserts do not involve heating in preparation. Ice creams, sorbets and frozen custards are some of the common frozen desserts. They can be based on different ingredients like flavored water, fruit purees, milk or cream. 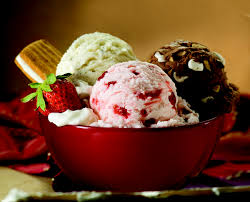 Ice cream is a dairy based frozen dessert. The main ingredients of the ice creams like milk, sugar, cream and flavoring are churned while freezing this mixture. This process incorporates air and ice cream gets prepared. The current form of ice-cream is supposed to be invented in Italy during the 17th century. Ice creams are often flavored with seasonal fruit flavors.

It is important to mention that in a few countries like Canada, ice cream and frozen dessert are used for two different desserts, where a product is legally labeled as ice cream if it contains main ingredients like milk or cream. On the other hand, frozen desserts are those desserts which have quite the same taste as ice creams but have edible vegetable oil  as the main ingredient. FDA states that ice cream must contain at least 10% milk fat.

Therefore, ice cream is just a type of dairy based frozen dessert which is made by stirring the ingredients while freezing.