Difference between Inc and Ltd

Key Difference: Incorporated is the forming of a new business, whose legal entity is separate from its owners. Profits and losses are not passed to the owners. A limited company (Ltd) is a company whose liability of the members or subscribers of the company is limited to what they have invested or guaranteed to the company.

In order to do business in any country, state or city, the company must register with the government of the said state and country in order to establish itself as a legal entity. There are various different types in which a company can register to become a legal entity, which includes corporation, incorporated, limited company, public limited company, private limited company, Limited Liability Company, etc. These different types of allow the company to avail different benefits that are offered with the name. Incorporated and Limited are two of these confusing legal terms and are different from each other in many ways.

Incorporated is the forming of a new business, whose legal entity is separate from its owners. Registering under Inc. allows a business to be recognized as a person under the law. The incorporation could be a business, a non-profit organization, sports club, or a government of a new city or town. Incorporated is similar in all aspects to a corporation, however if registered as Inc instead of corporation, all legal documents as well as the name of the company will show Inc. For example MyBusiness Inc. and MyBusiness Corp. are two separate entities and will count as so in all papers, though they are offered the same benefits as well are very similar in nature.

An Inc. is a separate legal entity, which is owned by shareholders. It has legal rights and liabilities, and may work for profit or not for profit. It is usually created with the intention of making profit. The profit is first reinvested in the incorporation and then among the stockholders in the form of dividends, as decided by the president of the corporation. The incorporation is a separate legal entity, and the blame does not fall on the stockholders, but on the corporation itself and possibly on the board of directors. The owners are not directly affected by the profits and losses of the company, which are passed on to the shareholders. In case of dissolution, the company would require approval from the stockholders as well as the government. 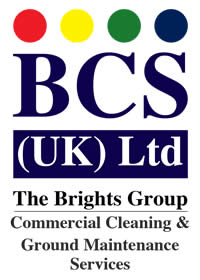 Types of a limited company include: