Difference between INR and APTT

Key difference: INR and APTT are two types of test conducted to measure the coagulation of blood in the patient. INR stands for “International Normalized Ratio”. APTT, on the other hand, stands for “Activated Partial Thromboplastin Time”. 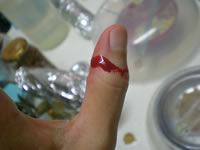 INR and APTT are two types of test conducted to measure the coagulation of blood in the patient. INR stands for “International Normalized Ratio”. It is also called “ProTime INR” and “INR PT”. APTT, on the other hand, stands for “Activated Partial Thromboplastin Time”.

The international normalized ratio is derived form the prothrombin time (PT) and the prothrombin ratio (PR). These are used to measure the extrinsic pathway of coagulation. Coagulation is the clotting ability of blood. INR is usually used to measure the effectiveness of warfarin dosage, and the statuses of liver damage and vitamin K. If the result shows a prolonged INR, it means that clotting of blood is taking too long. Hence, steps may be taking to address the issue. 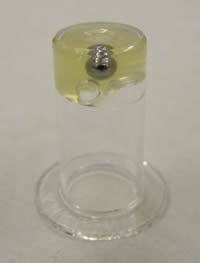 INR is mainly ordered to get a better view for diagnosing the unexplained bleeding of a patient. It also serves as a screening test for people who will undergo surgical procedures. It measures if the person undergoing surgery has a normal clotting ability.  A low INR may result in postponing the surgery. An INR test may also be ordered if a patient shows signs and symptoms of unusual bleeding despite not taking any anticoagulant drugs. An INR test may also be ordered, if the patient exhibits nosebleeds, heavy menstrual periods, bleeding gums, bruises, and the presence of blood in the stool.

Activated partial thromboplastin time (aPTT or APTT) is a performance indicator used to measure the efficacy of the contact activation pathway and the common coagulation pathways. It measures the amount of time taken by blood to clot in a patient. It is mainly used to detect any abnormalities in blood clotting, such as unusual bleeding or bruising. It can be used to screen the deficiency of some blood clotting factor leading to bleeding disorders like hemophilia. It may also be used to determine the blood clotting time before surgery.

Furthermore, APTT is also used to monitor the treatment effects with heparin. Heparin is an anticoagulant which delays the clotting of blood. It is usually performed after a patient has regularly taken blood-thinning medicines for a specific period of time. This is done so that the exact dose and dosage of the medicine can be determined for the patient.

INR and APTT are often used in conjunction, in order to get a complete picture of the blood coagulation in the patient.