Difference between Integer and Whole Number

Key Difference: An integer refers to a whole number meaning that it is not in the form of a fraction. Integers comprise of whole numbers as well as their opposites.  Whole numbers are natural numbers including zero. 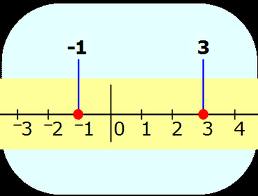 Integers can be described as numbers that do not include any fractional or decimal component. Integers also include negative numbers. It is important to mention that 0 is also included in the list of integers. Zero is considered to be neutral which means that it is neither negative nor positive. If a number is written as a decimal or a fraction: for example, –8.00 and 12/2, both would still be referred to as integers, because they are equal to –8 and 6, respectively. Number theory is a branch of pure mathematics that is devoted primarily to the study of integers. Integers are widely used in solving problems.

In order to completely understand the arithmetic of whole numbers one needs to be clear with the basic understanding of our numeral system, which is known as the Hindu-Arabic numeral system.

Comparison between Integer and Whole Number: