Difference between iPhone 6 and iPhone Air

Key Difference: iPhone Air was the codename given to the rumoured next generation of iPhone. In September 2014, Apple Inc. announced the two latest phones in its line-up: the iPhone 6 and the iPhone 6 Plus. Not only are these the latest phones, these are also the largest iPhones to date. 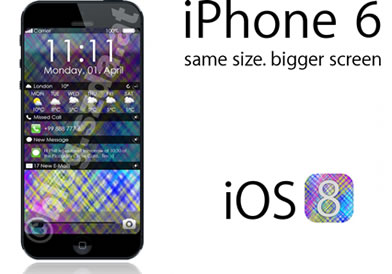 The iPhone is one of the most coveted phones today. People either are completely devoted to the iPhone or completely despise it. No matter what, people are always on the lookout for the next generation of iPhones. After the somewhat tapered popularity of the iPhone 5 and its variant iPhone 5S, the public was very curious to see the sixth generation of the iPhone, which was codenamed by the industry as iPhone Air. The iPhone Air was rumoured to be larger than the iPhone 5 and was supposed to come with the latest and unbreakable Sapphire Glass.

Furthermore, in order to incorporate the bigger size, the power button has been shifted from the top to the side. Also the phones are curvier than the previous iPhones, gone are straight edges of the traditional iPhone. However despite the larger screens the iPhone 6 will have the same resolution as the iPhone 5s, i.e. 326 ppi pixel density. This is where iPhone 6 Plus wins out with a pixel density of 401 ppi.

Other than these the iPhone 6 and iPhone 6 Plus are essentially the same. Both phones have a front facing FaceTime Camera which is 1.2 megapixales and takes in 81% more light, gain HDR, has improved face detection and a burst mode for better selfies. The phones also offer 1080p video recording at 30fps and 60fps (frames per second) as well as 120-240fps in slo-mo. However, the iPhone 6 Plus has Optical Image Stabilisation (OIS), which moves the lens around to minimize camera shake that causes blurred shots. Whereas, the iPhone 6 offers a software called ‘Digital Image Stabilisation’ (DIS), rather than the actual OIS. 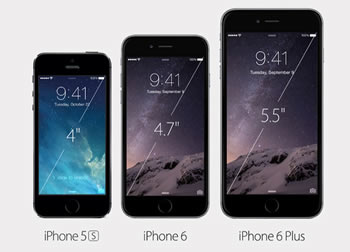 Both phones run on the latest A8 chip 64-bit architecture. They both have PowerVR GX6650 hexa-core graphics. They also feature the latest iOS 8, have 1 GB RAM and the latest M8 motion coprocessor, which is primarily aimed at fitness applications and can now distinguish between running, cycling and elevation. Like the previous phones, they accept nano-SIM only. They come in three colors: Silver, Gold, Space Gray, and are available with 16 GB, 64 GB or 128 GM ROM. Both also have a protruding camera lens which is a high risk for scratching.

The iPhone 6 and iPhone 6 Plus also come with NFC, the first iPhones to do so. However, this technology is limited to the newly launched Apple Pay service, which allows users to pay for things wirelessly through NFC.

Comparison between iPhone 6 and iPhone 6 Plus:

The information for the detailed table about the two phones has been taken from the Apple website and GSMArena.com.