Difference between ISIS and Al Qaeda

Key Difference: ISIS stands for the Islamic State of Iraq and Syria or Islamic State of Iraq and al-Sham. ISIS is primarily known for a series of videos showing beheadings of soldiers, civilians, journalists, and aid workers. ISIS started out as al-Qaeda in Iraq. Al-Qaeda is a global militant Islamist organization headed by Osama bin Laden. Al-Qaeda has carried out many attacks on targets including the September 11 attacks. 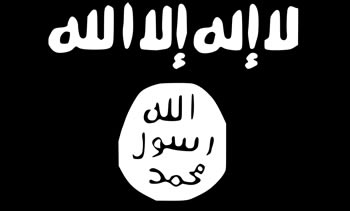 While terrorism has always been an issue, it had really become a worldwide problem within the last decade. This is due to militant groups such as ISIS, Al Qaeda, Taliban, etc.

ISIS controls territory in Syria and Iraq, and has additional territories in eastern Libya, the Sinai Peninsula of Egypt, and other areas of the Middle East, North Africa, South Asia, and Southeast Asia. The UN has accused ISIS of human rights abuses and war crimes. Amnesty International has reported ethnic cleansing by the group on a "historic scale".  In the western world, ISIS is primarily known for a series of videos showing beheadings of soldiers, civilians, journalists, and aid workers.

With these actions, ISIS hopes to establish an Islamic caliphate, which means an Islamic state under the rule of a caliph, i.e. a person accepted to be a political and religious successor to the prophet Muhammad. As caliphate, it claims religious, political and military authority over all Muslims worldwide.

ISIS started out as Jama'at al-Tawhid wal-Jihad in 1999. It then changed its name to Tanzim Qaidat al-Jihad fi Bilad al-Rafidayn—commonly known as al-Qaeda in Iraq (AQI). It pledged allegiance to al-Qaeda in 2004. It eventually disobeyed orders from al-Qaeda, which led to a break between the two groups in February 2014 after an eight-month power struggle. Al-Qaeda cut all ties with ISIL, citing its failure to consult and "notorious intransigence".

Al-Qaeda is a global militant Islamist organization that started in between August 1988 and late 1989. It was started by Osama bin Laden, Abdullah Azzam, and several other militants who were at the time fighting in the Soviet war in Afghanistan. It was at this time that its leaders came to believe that they must protect Islam from the infidels. Al-Qaeda also seeks to set up a worldwide caliphate headed by Al-Qaeda. Al-Qaeda also opposes what it regards as man-made laws, and wants to replace them with a strict form of sharia law. 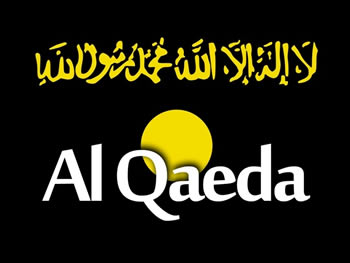 Al-Qaeda, whose name means "The Base", operates as a network comprising both a multinational, stateless army. It has been labeled as an Islamist, extremist, wahhabi, jihadist group. The United Nations Security Council, the North Atlantic Treaty Organisation (NATO), the European Union, the United States, Russia, India and various other countries have designated Al-Qaeda as a terrorist organization.

Al-Qaeda has carried out many attacks on targets it considers kafir, basically "unbeliever," "disbeliever," or "infidel." Al-Qaeda is notoriously infamous for the September 11 attacks on US soil, which has been designated as the deadliest terrorist attack of our time. It has also mounted attacks on civilian and military targets in various other countries, including the 1998 US embassy bombings and the 2002 Bali bombings. Al-Qaeda leaders also regard liberal Muslims, Shias, Sufis and other sects as heretics and have attacked their mosques and gatherings.

In response to the September 11 attacks, the US has lunched the "War on Terror" also known as the “Global War on Terrorism,” which many other counties have also joined. This eventually culminated in the death of loss of key leaders, including the death of its leader Osama bin Laden. Al-Qaeda is currently leaded by Ayman al-Zawahiri.

Today, ISIS and al-Qaeda compete for influence over Islamist extremist groups around the world. Some experts believe ISIS may overtake al-Qaeda as the most influential group in this area globally.

Comparison between ISIS and Al Qaeda: