Difference between Jogging, Running and Sprinting

Key Difference: Jogging is a type of aerobic activity. Generally, It is defined as a low-intesity or low paced activity. Running is also an aerobic activity but is of higher intensity than in comparison to jogging. Sprinting is running at the fastest possible speed over a short distance. Thus, it tends to be the highest in context to intensity. All three of them have their own sets of advantages. Broadly, jogging and sprinting are considered as just two different styles of running. Sometimes, running and jogging may also be used interchangeably. 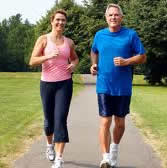 Jogging, running and sprinting are interrelated to each other. However, there are subtle differences between them, and that is mostly in context to the pace. Technically, jogging is defined by a pace of less than 6 mph. On the other hand, running is anything faster than jogging. There is no specific defined pace for sprinting, as it involves the maximum pace which can be acquired by one. Sprinting in this sense also becomes a member of running. However, running is not dependent on the distance covered. Sprinting has a connection with the distance covered factor. It deals only with short distances. 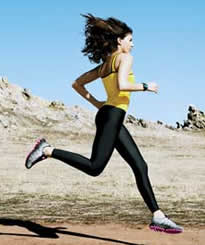 In simple words, jogging is running slowly. It is also known as easy aerobic running. It is an effective activity when one needs to burn calories over a longer period of time. The pace or state remains steady in jogging, which means that  mostly the jogger runs at the same pace throughout the exercise.

Running is basically defined by a faster pace than jogging. Due to this subtle difference, the muscles activate differently in jogging and running. It requires more efforts than just jogging. For calorie burning, running is considered to be better than jogging. In running, feet touch the ground more often than in comparison to jogging.

Thus, mainly on the basis of difference in pace jogging, running and sprinting are differentiated. Jogging with the lowest pace tends to show results over some period of time. Sprinting is known for instant results. Running tends to be a better calorie burner than in comparison to jogging.

Comparison between Jogging, Running and Sprinting: