Difference between Joker and Jester

Key difference: A Joker and Jester are funny entertainers. A joker is a funny character mostly found in circus, while a jester is a person who was employed to entertain the royals in old times. 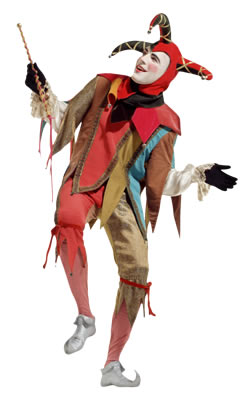 A joker and a jester are one and the same type of characters. Their functions are almost similar, but the only difference lies in their origin; while the jokers are still present in the entertainment industry like circus, amusement parks, theme parks, etc., the jesters were present once upon a time during the medieval period in order to entertain the rulers or the other nobilities of their times.

Jesters in medieval times were often thought to have worn brightly colored clothes and eccentric hats in a motley pattern, a costume which their modern counterparts usually mimic . They used to entertain people by storytelling, acrobatics, juggling and magic. Like Jokers, the jesters also used to make jokes and entertain royal families in their time. 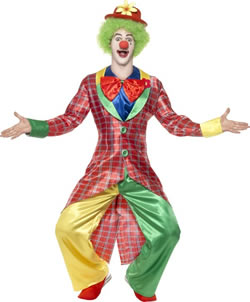 Jokers are common entertainers famous for their humor and jokes. They make fun and tantrums on others. These are quiet and expressive type of entertainers, who are generally found at a circus, where they perform stunts and jumps to entertain people. Their functions are unique, because it’s too hard to manage and entertain any crowd, as the individual has to perform some really happening and funny jokes to get the entire crowd attracted to oneself and laugh out aloud.

A jester and joker almost play similar roles in the entertainment industry. The only distinction is in their time; jesters were once present in medeival times, whereas jokers still exist and follow the tradition of entertaining the masses. Jesters were specially appointed only for the royals and their families, whereas jokers are known to entertain everyone.

Comparison between Joker and Jester: