Difference between Jokes and Riddles

Key Difference: Jokes are something that is spoken, written or done with the intent of being funny. These stories end with the punch line which is supposed to be the funny part. Riddles are stories, poems or question and answers with the intent of providing a puzzle to the viewer. 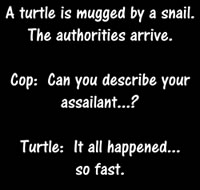 Joke is something that is spoken, written or done with the intent of making someone laugh. A joke is a story or saying that has a punch line that is used to deliver the funny part of the story. Jokes can be small or long and can use personal experiences to seem funny. To be funny the joke may employ irony, sarcasm, word play and other devices. The word "joke" has a number of synonyms, including wisecrack, gag, prank, quip, jape and jest. Jokes have been dated back to the 1900 BC, with a fart joke from ancient Sumer is considered to be the oldest joke in history. A joke that does not complete its objective i.e. laughter from the viewer, it is considered to have ‘fallen flat’ or ‘bombed.’

An example of Joke:

An elderly husband and wife visit their doctor when they begin forgetting little things. Their doctor tells them that many people find it useful to write themselves little notes.

When they get home, the wife says, "Dear, will you please go to the kitchen and get me a dish of ice cream? And maybe write that down so you won't forget?"

"Nonsense," says the husband, "I can remember a dish of ice cream."

"Well," says the wife, "I'd also like some strawberries and whipped cream on it."

"My memory's not all that bad," says the husband. "No problem -- a dish of ice cream with strawberries and whipped cream. I don't need to write it down."

He goes into the kitchen; his wife hears pots and pans banging around. The husband finally emerges from the kitchen and presents his wife with a plate of bacon and eggs.

She looks at the plate and asks, "Hey, where's the toast I asked for?" 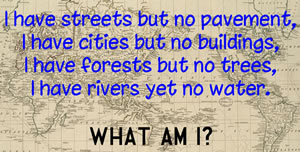 A riddle is a statement, a phrase or a description that is placed as a question which requires an answer. A riddle has a double or veiled meaning that is put forth as a puzzle that requires solving. According to Wikipedia, “Riddles are of two types: enigmas, which are problems generally expressed in metaphorical or allegorical language that require ingenuity and careful thinking for their solution, and conundra, which are questions relying for their effects on punning in either the question or the answer.” Riddles have been around in Old English poetry, drawing partly on an Anglo-Latin literary tradition whose principal exponent was Aldhelm (c. 639-709), who was inspired by the fourth- or fifth-century Latin poet Symphosius.

In a one-story pink house, there was a pink person, a pink cat, a pink fish, a pink computer, a pink chair, a pink table, a pink telephone, a pink shower– everything was pink! What color were the stairs?

Solution: There weren’t any stairs, it was a one story house!