Difference between Kidnap and Hostage

Key Difference: Kidnap refers to a confinement without holding the legal authority to do so, whereas hostage refers to a person or entity which is held by a captor as a security. 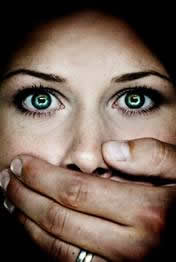 The word kidnap is associated with the activity in which a person is taken away usually against the person’s will. This is usually done for ransom. Child kidnapping has become a threat to many nations. Children are innocent and are easily misguided by the kidnappers. They are offered chocolates, toys, etc., so that they can easily be taken away and kept. In exchange, ransom is demanded which is generally a huge money and the kidnappers usually demand a ransom that they think that concerning party will be able to manage in extreme conditions like this. They threaten to harm the child and can also sometimes be very brutal towards the child.

Kidnapping is punishable with imprisonment or fine at the discretion of the court. Many times the kidnapper has to act forcefully in order to kidnap. The kidnapping could be for a number of reasons such as getting monetary reward, or getting some sort of benefit from the person. In the United States, if a person that is kidnapped is taken across state lines, the case is considered under federal law. The punishment ranges from paying a fine, to confinement, depending on the severity of the crime. 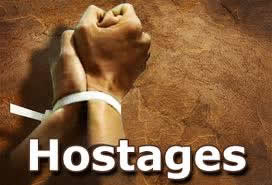 The word hostage has etymological connection with Latin word ‘hostis’ (meaning "stranger," later "enemy").The word hostage refers to a person or entity which is held by a captor as a security. Hostages are generally held for the purpose of forcing a state, a unit of government or community to meet certain conditions. They can be asked for releasing prisoners, ransom, etc.

The captor threatens to harm the hostage, in case of un-fulfillment of the conditions kept by the captor. Most of the times, hostages are not ordinary people, they are in the list of important people; this is because the captor wants to insure that the conditions get fulfilled, as the other party would not like to loose an important person or people. Sometimes, many hostages are captivated at the same time. This is done to increase the pressure on the other party. Here the other party is referring to a person or people, whom the captor wants to threaten. In most cases, the other party has the authority, rights or in some other ways are enable to meet all the requirements set by the captor. The captor can be a person or many people.

Kidnapping is generally done for ransom, whereas hostage is kept in order for fulfillment of certain conditions. Both are illegal activities and are under punishable offenses. In both the cases the person or persons under confinement are in extreme danger.

Interesting comment from the article above "...Kidnapping is generally done for ransom, whereas hostage is kept in order for fulfillment of certain conditions ..." When a Kidnap For Ransom (KFR) occurs, the hostage is kept until payment of the negotiated amount.