Difference between LC and SBLC

Key difference: The ‘Letter of Credit’ and the ‘StandBy Letter of Credit’ are two legal bank documents that are used by international traders. Both these letters are used to ensure the financial safety between the supplier and their buyers. And, SBLC is a type of LC that is used when there is a contingent upon the performance of the buyer and this letter is available with the seller to prove the buyer’s non-performance during the sale. 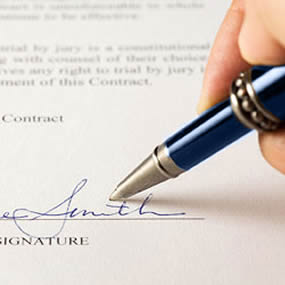 LC and SLBC are the two financial instruments that are meant to safeguard the financial interests of the international traders i.e. buyers and sellers. It simply means that both these terms are widely useful while making transaction between the two trading parties. These help in giving financial security to both the parties. Also, these contracts are produced in good faith and in both the cases the fund gets mobilized.

During a transaction, the buyer wants an assurance of receiving his product or merchandise on time, and the seller wants his security of being paid on time at the completion of the job. Here, a letter of credit is issued, for it is an assurance or a type of guarantee that the seller will receive his correct payments in time by the clients. The LC solves both the issues by bringing in the buyer's and seller's banks into the transaction.

The issuing bank of the buyer, then, opens a LC in the favor of the seller and states that seller will be paid and that he or she will not suffer any damages or losses because of the non-payment of the buyer. Though, the money transfer to the seller will only be initiated after all the conditions or documents of the contract are completed. However, the bank also safeguards the interest of the buyer by not paying the supplier until it receives a confirmation from the supplier that the goods have been shipped.

Based on this, there are two types of LCs being issued, they are: 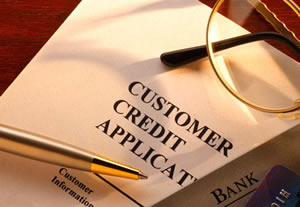 A SBLC works on the same principle as a documentary letter of credit but with different objectives and required documents. The essence of SBLC is that the issuing bank will perform in the case of non performance or default by the buyer.

The purpose of this letter is to establish a bank guarantee for the deal or transaction with a third party. For example, if an individual wishes to take a loan, but does not have a sufficient credit standing, the bank may then ask for a guarantee from another party (third party), and this is done in the form of a standby letter of credit that is issued by another bank. However, the said individual would then have to produce certain documents or evidence to support the non-performance of the buyer to obtain the payment through the SBLC. The bank is obligated to make payment if the documents presented comply with the terms of contract. Though, the SBLC are considered very versatile and can be used with modifications to suit the interests and requirements of the buyers and sellers.

Comparison between LC and SBLC:

Can we issue LC against SBLC if there is merchant trading

Can a Bank deny payment to a seller under SBLC if the buyer intentionally does not pay the seller by TT because the goods received are not as described in the contract? In other words can an SBLC payment be conditional upon seller performing under the contract?

Can a shipment be returned by the buyer under DLC without accepting at port, thus jeopardizing the payment?

I am prepari g for the CDCS exam and this helps alot. Thanks.

I appreciate this note it really helped my understanding of the financial instruments.

I think this is very useful and I an so glad as it will help my international trade.

Many thanks it clear just like crystal, i have one more question (Can we use SBLC as primary payment method if agree by both parties ? and can the bank liquefied it directly to the client ? and if yes what is the interest rate ?

Such a great work . It has clarified a lot for our business .Thank you soooooooooo Much !!!

This was quite apt!...Thanks and keep up the good work.