Difference between Legend and Icon

Key Difference: Legend and icon are two key terms that are used for a person who is famous for his extraordinary characteristics or talent. Legend is generally associated with people who have sustained their fame or charm for a very long time. However, icon is generally used for a person who has gained a lot of fame especially in a particular field, and the person itself becomes a representation of the field, style, etc. in which he has proved his worth. Legend is generally associated with people who are no longer alive, whereas icon is used for living glorified persons. However, both can also be used interchangeably. 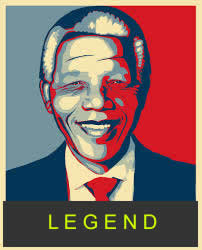 Legends are people who have extraordinary achievements associated with them. It may also be used to denote a very talented person. These people get renowned due to their characteristics and are often remembered even after their death. People remember the legends by sharing stories related to them when they were alive. The achievements of legends can be related to monetary or non-monetary issues.

In precise, it is used for a person who owes a lot of respect. Nelson Mandela, for his fight against apartheid and his support of human rights, is considered to be a legend. Another important characteristic of a legend is that a legend is able to maintain his fame for a longer time. It can only happen with continuos rigorous hard work and determination.

Icon is also used to refer to a famous person who is very successful and admired. It is generally associated with a role-model. Icons represent the field, characteristic, career, anything which gained them the popularity.

Icon is also used sometimes as a synonym for legend. Icons become a representative symbol or as worthy of adoration. Icons are generally known for their importance. Sometimes, legend is referred to as a graduated form of icon.

Icons and legends are generally described as synonyms, and thus many times they are used interchangeably. However, legend tends to be more suitable to be used for a person who is able to sustain his fame or charm for a very long time. On the other hand, icon may also include people who are famous for a specific period of time. For example, Justine Bieber is more famous as a youth icon rather than a legend. He has become a symbol of pop music for many of the youngsters.  Sachin Tendulkar is considered to be a living legend for his remarkable contribution in cricket.

Comparison between Legend and Icon: