Difference between Looking and Staring

Looking describes an act of directing the eyes toward an object. An object could be anything, like a specific object or a whole view. Staring refers to the action of looking but with fixed eyes.

Eyes are our organs of vision and thus, play a vital role in our lives. We perceive things with the help of this visual aid, called as eyes. Eyes are required for the sense of visual perception, through which one can detect light and interpret it as the perception. This interpreted perception is known as sight or naked eye vision.

Looking and staring may seem to be simple activities with simpler differences. However, in the field of body language, there are many differences that exist between the two. 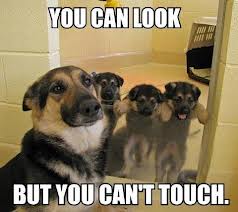 Looking is sometimes differentiated from seeing as looking may not be as engrossing as seeing. When someone looks at a thing, he might just direct his eyes on the object without paying much attention to that thing. However, seeing is related to looking at something but in a more detailed way. Thus, we can refer to looking as the activity in which a person directs his eyes on a thing just in order to have a visual perception of that thing.

Staring refers to looking at things with steady or fixed eyes. It is also termed as a 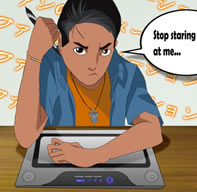 prolonged gaze. In the act of staring, one pays attention to the thing in consideration. For example- He was staring at a beautiful painting. Blinking of the eyes seems to be the only movement taking place and that too can be delayed. Staring can be differentiated from looking by observing the following characteristics:-

Generally, people stare at entities that they found to be extremely interesting. Sometimes, staring may also occur due to shock and disbelief. Many times, these prolonged eye contacts are not liked by other people as they are often associated with the attributes of aggression, one sided affection or deception.

However, a short stare depicts an emotion of surprise. The lengths of stare may also vary. Sometimes, stares are unintentional and can make a person embarrassed after the realization. Looking at the things is generally considered polite, whereas staring is mostly considered as a rude and an intimidating gesture.

Thus, looking is generally associated with just directing the eyes on the subject, whereas staring is a type of looking but with the characteristics like wider eyes, prolonged gaze and less blinking.