Difference between Lucifer and Satan 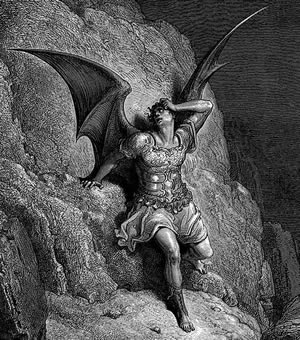 The name Lucifer is first mentioned in the Hebrew Bible and is in fact mentioned only once. It means the "shining one, the morning star.” According to Judaism, Lucifer was a fallen angel who was cast out of heaven when he rebelled against God. The main reason for his rebellion was due to God asking him to bow down to humanity, in particular, Adam. However, Lucifer viewed Adam as inferior and was jealous of God’s love of him.

As Christianity adopted the Hebrew Bible as its Old Testament, it also adopted many of its ideas and stories. Hence, Christianity also depicts Lucifer as a fallen angel who rebelled against God. However, in addition to his jealousy of Adam, they added another character flaw of his pride against God, which over the course of history, became more important than his jealousy. In fact, today Lucifer is still considered as a warning against pride rather than envy. 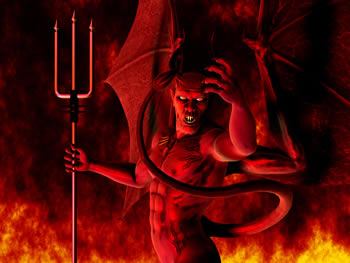 After the War in Heaven, which Lucifer lost, he was cast out of heaven. After this, he was known as “Satan”, and became the devil.  He came to personify evil and temptation. He is also known as the deceiver that leads humanity astray. Satan became the “angel who fell out of favor with God, seducing humanity into the ways of sin, and who now rules over the fallen world.” He became the king of Hell.

Satan is often considered the opposite of God; however, he is a creature that was created by God. Hence, he is more akin to the archangel Michael, rather than God himself. Lucifer and Satan are actually two different aspects of the same creature. Lucifer was an angel beloved by God; some stories claim the most beloved. However, after his rebellion, he became Satan. While there is a significant difference between the two, the terms today have become synonymous with each other and with the devil.

Comparison between Lucifer and Satan:

This just prooves that BOTH creations - angels and humans are flawed not perfect since only perfect being as Deity is always unable to fall from heaven.

What’s up with the big D?