Difference between Mall and Mart

Key Difference: Shopping malls or malls are large enclosed spaces that are often characterized with many stores that sell merchandise to the public. Malls can be medium to large in size, depending on the construction and the number of stores that it wants to hold. Mart is any place where people can come together for buying and selling. Mart is short for market.

Malls and marts are two terms that are often confusing for many people. Malls are huge building that house many stores and shops that are connected using walkways and bridges. The term mart can be used to refer to two things, one any place where buying or selling takes place, another a strip mall or an open-air mall. 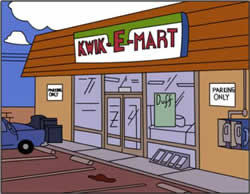 Marts are defined as any place where people can come together for buying and selling including malls, stores, supermarket, flee market, etc. The term ‘mart’ is an abbreviation for supermarket. Marts are commonly used to refer to a building where wholesalers selling goods and merchandise to retailers. Mart is not so different from mall, as mall can actually be termed as a mart. Modern usage of the term mart often defines strip malls where multiple stores are housed in a building but does not have a connected doorway. The people must exit one store completely, come outside and then enter another store.