Difference between Maple and Ash

Key difference: Maple and ash are two different types of trees. The terms are also used to indicate wood obtained from their respective trees. Both are types of hardwoods. Maple is a white hardwood and is considered to have a very tight and even grain. Maple wood is available as hard and soft maple wood. Ash is known to be one of the hardest hardwoods and has wide-ranging uses. It is in fact even harder than oak, which is quite famous for its hardness. Ash is characteristic of its creamy white to light brown color. 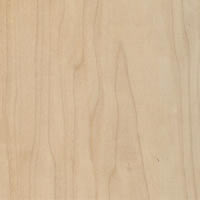 Maple is a type of tree belonging in the genus Acer. There are approximately 128 species of maple. They are mostly native to Asia, Europe, northern Africa, and North America. Fifty-four species of maples are currently under threat of extinction. Maple is characteristically known for its leaves, in fact the name ‘Acer’ means sharp and is derivative of the Maple leaves. Canada has adopted the Maple leave as its national symbol, and it also appears of their flag. 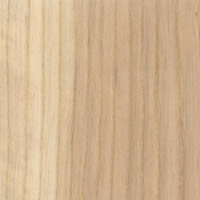 Ash is a type of large deciduous tree. It is also known as European ash or common ash, and scientifically as Fraxinus excelsior. It is mainly native to Europe and some parts of northwestern Asia. The bark is smooth and pale grey on young ash trees, becoming thick and vertically fissured on old trees. The leaves are often among the last to open in spring, and the first to fall in autumn.

As a wood, ash is known to be one of the hardest hardwoods and has wide-ranging uses. It is in fact even harder than oak, which is quite famous for its hardness. Ash is characteristic of its creamy white to light brown color. However, the heartwood is tan to dark brown. The wood has a coarse open grain and is highly flexible, including shock-resistant and resistant to splitting. It is however not resistant to decay, unlike oak.

Ash wood is highly versatile and has a variety of uses, including being used to make bows, tool handles, especially for hammers and axes, tennis rackets, snooker cue sticks and baseball bats. It also was extensively used in the construction of early aircraft. Furthermore, because of its elasticity European Ash wood was also commonly used for walking sticks.

However, today ash is mainly and most popularly used in modern furniture such as chairs, dining tables, doors and other architectural features and wood flooring. Ash holds stain colors, but as ash is characteristically known for its light whitish color, most ash is lightly stained.