Difference between Medicaid and Medicare

Key Difference: A person can be entitled to both the services; as both cover various aspects of healthcare. The detailed information can be obtained from the U.S. Government’s official website for Medicaid and Medicare. Thus both are devised for the benefits of the citizens but still differ in various ways. 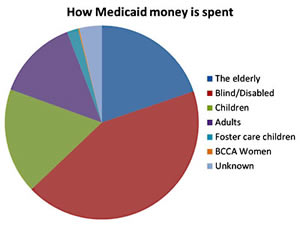 Medicare and Medicaid both refer to U.S. sponsored programs that cater to healthcare needs of the citizens. They both are managed by the Centers for Medicare and Medicaid Services. They primarily differ in eligibility requirement and coverage provided by them. Medicare has been specifically designed to pay hospital and medical care for elderly and certain disabled Americans. On the other hand Medicaid, formed by a state and federal partnership covers people with lower incomes, older people, and people possessing disabilities and some families and children. 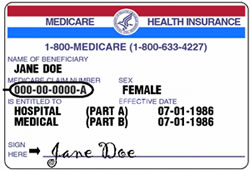 Minimum eligibility for the Medicare is to be at least 65 years old, under 65 and disabled, or any age with end stage renal disease whereas the minimum eligibility criteria for the medicate is set by each state and can differ with the other states in terms of guidelines. Medicare funding is done by payroll taxes through Federal Insurance Contributions Act and the self employment contributions act whereas medical bills under Medicaid are paid from federal, state and local tax funds.  Medicare is divided in to parts- part A, part B and part D; part A covers hospital care, part B covers medical insurance and part D covers prescription drugs whereas Medicaid covers wider range of services including hospitalization, x-rays, nursing, surgical dental care etc. Nearly 13% of the federal budged is consumed by the Medicare whereas nearly 16.8% of budget of states and 7% of federal budget is consumed by Medicaid.  In some states Medicaid beneficiaries are asked to pay a small amount per month for the medical services, which can be compared with payment of deductibles and co-pay for some services in Medicare.