Difference between Men and Women Shoes

There are varieties of footwear that are categorized according to the gender, and they are commonly available in the market. Basically, a shoe is a type of footwear, which is intended to protect and comfort the human foot while doing several activities. Now, according to the changing trend, there are various types of fashionable shoes available in the market, for both men and women. Traditionally, shoes were made from leather, wood or canvas, but in today’s era they are increasingly made of rubber, plastics, and other petrochemical-derived materials. In the market, the shoes available are men’s shoes and women’s shoes, as they differ mainly according to the gender.

In comparison to the women’s shoes, the men’s shoes are larger. In order to reflect this, the size specification of men's and women's shoes differ by 1.5 inch and two-widths , that is, the same size of shoe in men's shoe size will be 10, whereas in the women's shoe size it would be 11.5. 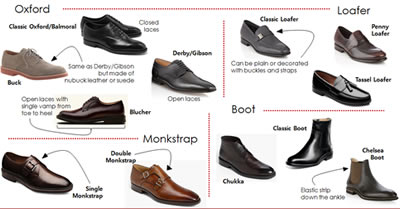 Men’s shoes are manufactured by several companies around the world. Countries like England, France, Italy, and America are famous for their productions. These are designed according to the men’s emotions and types. They can be easily compartmented and they do not have many derivations inbetween. A simple shoe design can be done with pencil and paper. Common factors to consider when designing a men's shoe include the style, color, materials and the heel. These parts are arranged properly according to the prescribed design and than the shoes are made. The Men's shoes can also be decorated in various ways by using the Plain-toes, Cap-toes and Brogues (American: wing-tips).

In the market, the various types of Men’s shoe are: 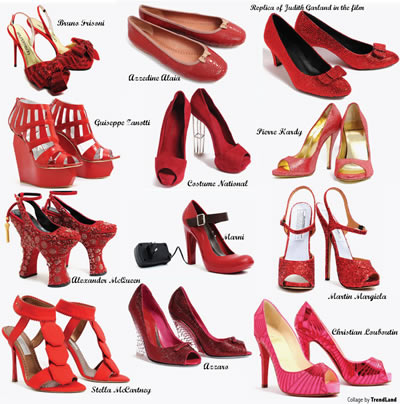 Women’s shoes unlike men’s shoes are also available in various types in the market. Designing a women’s shoe is an exciting task, because they play a vital role in a woman’s personality or appearance. The basic component required for designing a woman’s shoe are heel heights, colors, patterns and fabrics. Women’s shoe consists of many derivations and styles. They are used in a standard amount and accordingly arranged and made to comfort the feet of a woman. With some imagination and a few key style choices, the designers design the shoes for women that are distinctive, beautiful and desirable.

Some broad women shoe categories are:

Comparison between Men and Women Shoes: